Don’t do it alone.

It has taken me 98 hours to break into 7-star difficulty Guild Quests – the game’s final set of quests – and all I had were patience and Palicoes. Every time I lost a 5 or 6-star Guild Quest, I told myself “This is the last time…!” That became a past time, and I finally broke in to 7. That’s where I couldn’t do it solo anymore.

If Monster Hunter Generations had its own cave-dwelling sagacious Old Man, surely, he might offer these words of advice to a new Hunter: “It’s frustrating to go alone.” 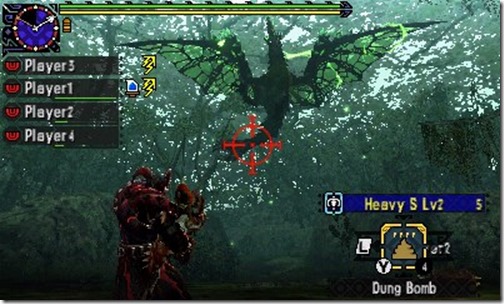 To be frank, the servers for Monster Hunter Generations were desolate during our review period – so that meant a lot of solo hunts. Unless you’re into the Ghosts ‘n Goblins variety of self-punishing artificial difficulty (yet one whose rewards are sweet enough to make the addiction hard to shake), do Guild quests with your friends.

…but at the same time, if you want the most out of the game, I would warn against playing with three other avid Hunters unless you’re farming. I say avid for a reason. A few days ago I logged on to see if there was anyone online, and I was lucky enough to come across a room full of superb HR7 Hunters from around Europe. Two of us used Aerial Great Sword, one of us Aerial Insect Glaive…and at that point it didn’t matter what the fourth person was using because the Monster hardly spent any time fighting. 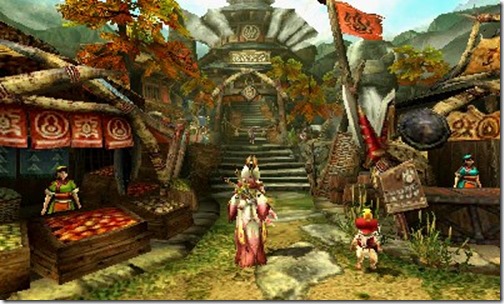 In the same way that Hama runs made Furious Rajang a complete joke in Monster Hunter 4 Ultimate, certain Hunting Styles, when put in the right hands, can trivialize some of the normal Monsters in a team setting. We pulverized Golden Rathian and Silver Rathalos (tails cut, to boot), Furious Ketcha Watcha, and Brachy in a matter of minutes. Now, understand that while this was cathartic for me – Monsters I’d spent 30-40 minutes to hunt now took a quarter or less the time to bring down – and Hunter arts made a pretty show of the endeavor, it was admittedly all a bit underwhelming.

So, if you’re not focused on racing through the key quests and progressing quickly, I recommend playing with one friend and two Palicoes, maybe two friends and one Palico. This probably sounds absurd to people who want to race to the end. That’s fair, it’s just another way to enjoy the game – but they’ll find themselves at the end much faster than others. This game does have the most content out of any Monster Hunter title to date, but, that factoid recalls memories of Donkey Kong Country claiming to have “over 200” levels – it counts every mushroom hunting quest, every double-hunt quest, and every damned Egg quest.

The game’s real area for 4-person multiplayer is Deviant Monsters. I could drag myself through the mud to Hunter Rank 7, down a few Snowbaron Lagombi and make the Dread royals (Dreadking Rathalos and Dreadqueen Rathian) limp by my lonesome, but there are ten levels to each Deviant – and I could hardly get through level 1 for half of them alone.

To put it simply, the Deviant Monsters necessitate styles, Hunter Arts, and even being crafty with your armor sets and abilities. I am happy saying that the real heart of Monster Hunter Generations revolves around these 12 unique monsters.