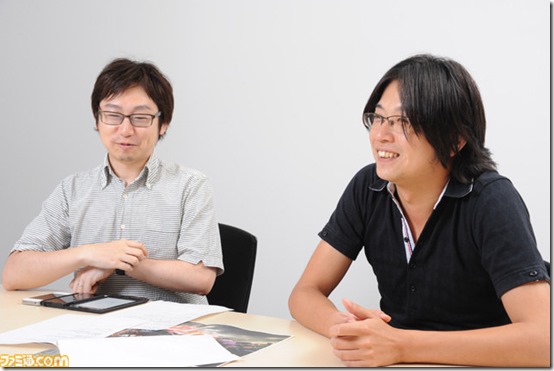 The hunting genre has been a competitive market for Japanese developers since the immense popularity of Monster Hunter took off. While all hunting games share the simple formula of hunting and collecting gear, it’s the other features that set them apart. In a new interview, God Eater 2 producer Yosuke Tomizawa and director Kou Yoshimura talk to Famitsu about how much they value fan feedback in order to make a better game.

The Famitsu interview starts with both Tomizawa and Yoshimura expressing their relief at finally having a concrete release date for God Eater 2. It’s been about a year since they dropped the original concept they had for the upcoming sequel, only to start over from scratch with a completely new idea.

God Eater 2’s demo was released to the public earlier this week, but last month Namco Bandai were able to host an event where the developers were able to get feedback from 600 lucky fans, thanks to Sony Computer Entertainment Japan.

According to Yoshimura, the toughest part of the event was keeping up with the schedule, as they had 10 groups of 30 people across just two days, making up the total of 600 players. Between each group’s play session, the team only had 10-minute breaks. 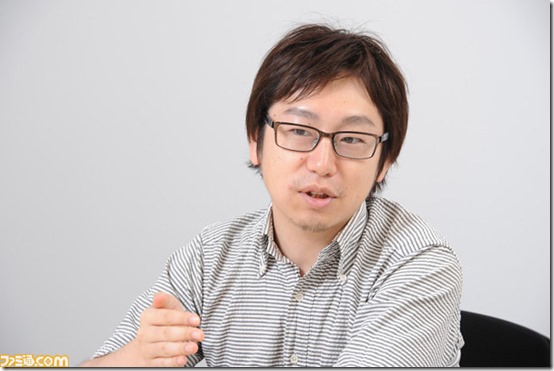 “Having the free-spoken opinions was the biggest part,” says God Eater 2 producer Tomizawa. “While players only got to play for a short while of about 15 minutes, knowing the first impression they felt from it was very important. The opinions we got from there have been put into action for the demo version, so it was a very significant event for us.”

Famitsu asks the developers to share what kind of feedback from fans of the event has been reflected in the recently released demo.

“The opinions surrounding the configurations were the biggest in particular,” shares Yoshimura. “God Eater 2 is an action game that is played in a repetitive manner, so we really took into consideration the feeling of players who asked for a more stress-free in-game environment. In God Eater 2, there are battle notifications via radio, but some people want to only hear about the ones they feel are required. So we’ve improved the configurations to correspond accordingly in those regards.”

Additionally, players felt that the new Charge Spear weapon made character movements appear too heavy and slow. After taking note of this, the development team adjusted the weapon and finished with something completely different. 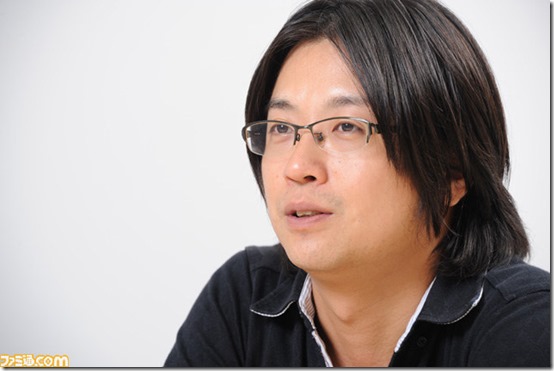 One of the new features which God Eater 2’s developers were most eager to see players try out is the Blood Arts system. Yoshimura, who is also considered to be the “founding father” of the new concept, weighs in on the subject.

Says Yoshimura, “Honestly, I didn’t see the sparkle in their eyes as originally expected (laughs). That told me that the comfort level of the Blood Arts wasn’t enough. For this reason, we’ve raised it for the demo version. I believe that we’ll be required to enhance it even further after seeing player requests from the demo.” 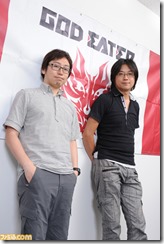 “To those of you who get a chance to play the demo, please send us your feedback,” continues Yoshimura. “Not only would we like to know about areas of God Eater 2 that need to be fixed, but we’d also like to be able to meet the expectations of opinions such as, ‘It’d be better if it was more like this,’ and such. We actually want to hear about all of your ‘selfish’ requests (laughs).”

Producer Tomizawa adds, “From 600 people at the demo event, to 500,000~1,000,000 people now, we’d like to  know about all of your opinions. So, please don’t hesitate and continue giving us your feedback on the official website.”

I believe there are some of you who are currently playing the demo of God Eater 2 are actually new to the God Eater series. To those of you I ask, please let us know about your opinions, such as parts that may have been a little confusing.”

Tomizawa continues, “We’ve been working on the God Eater series for three years now, and we may feel that some parts of the game are self-evident, so if there are any parts that are even slightly difficult to grasp, we’d love to hear about it from you guys.”

“While most of the information we’ve disclosed so far is about the action, as we move closer to the release, we look forward to sharing other elements such as story and character creation. You can also enjoy a part of the story in the demo, so please give it a shot. I believe you’ll be surprised with the graphics we’ve refined in the past three years,” he concludes.

God Eater 2 is slated for release November 14th in Japan for PlayStation Vita and PSP.