Kamen Rider, and tokusatsu shows in general, are fantastic fun. However, games based on the series really haven’t caught fire overseas. You have to import them to enjoy them on your consoles and handhelds. Thanks to some industrious Grand Theft Auto V modders, however, people can bring a little bit of the series into their Windows PC copies of the game. 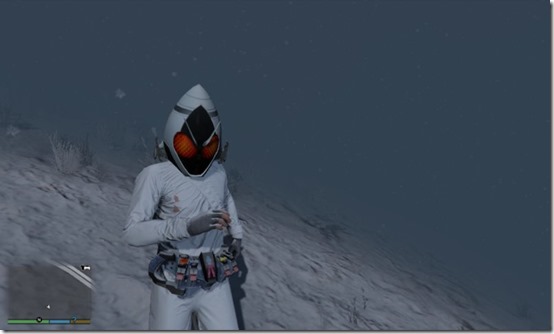 The only other person making Kamen Rider costumes for Grand Theft Auto V is RX1StrideR. There’s only one suit in this mod maker’s catalog, but it’s an impressive one. It’s a full suit of armor based on Kamen Raider Gaim. Whereas ShrineFox offers variety and quality, RX1StrideR went above and beyond to make the Gaim set as accurate as possible. Unlike some Grand Theft Auto Varmor mods that look clunky, this looks exactly like the suit from Kamen Rider Gaim. 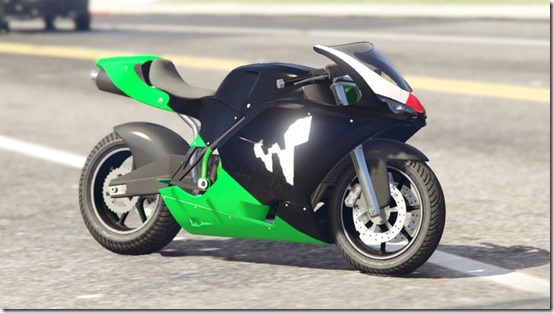 While most motorcycles will do, once you have the Kamen Rider masks, belts, and swords in-game, bringing in imyu’s S. H. Figuarts Ex Machine Hardboilder motorcycle skin adds extra authenticity. This MB1000RV, based on Kamen Rider Double’s Honda cBR1000RR, looks pretty good with a character in the Kamen Rider Skull or Kamen Rider W costumes riding it.

Actually installing the Kamen Rider Grand Theft Auto V mods takes a bit of doing. You need four programs to get ShrineFox’s outfits into the game, LUA, OPENIV, ScriptHookV and ScriptHookV.net. From there, use OpenIV to open /x64c.rpf/levels/gta5/props/lev_des/v_minigame.rpf and add the folder from the mod, use Edit Mode to replace "prop_welding_mask_01.ydr" and "prop_weld_torch.ydr" with the ones in the mod, and add "MaskAlwaysOn.cs" to GTA V’s scripts folder.

RX1StrideR’s Kamen Rider Gaim needs a little extra help, since it needs the Ironman mod script. In addition to needing ScriptHookV and ScriptHookV.net, it also requires the ASI Loader. On the plus side, there’s also a video installation guide for that, so installing the Kamen Rider inspired mod should be easier.

Grand Theft Auto V is immediately available for Windows PCs. It is currently available for $35.99, 40% off of its normal price, until January 4, due to the Steam sale. All mods can only be used offline.