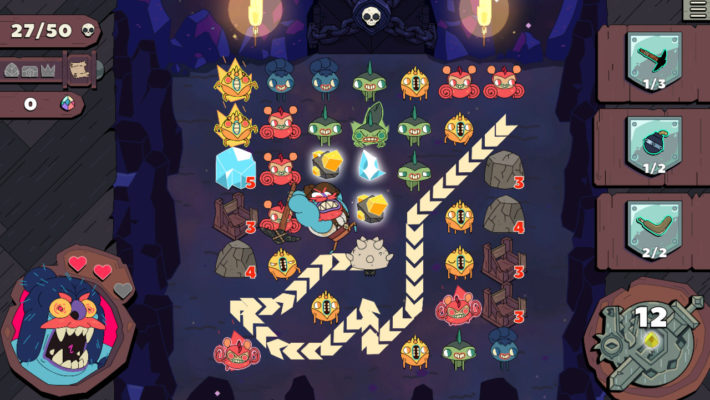 With the Grindstone Switch port, one of Apple Arcade’s most compelling exclusives is available to more players. It took some adjustments for it to fit and control well on its new platform! Still, it’s as engaging and addicting as ever in its new form.

In Grindstone, you ascend a mountain through hundreds of puzzle levels. Its closest peers are games like Puzzle & Dragons: you study the board and find the best path to move through color-coded foes for the biggest combo. Jorj, the main character, can move and attack through any number of “Creeps” of the same color. Special items and foes can let you switch colors. Longer combos reward you with more items when the board refills.

Both the refined balance and the sense of progression in Grindstone show the expertise the team at Capy has built in the puzzle genre. Don’t get us wrong: we still badly want another Might & Magic: Clash of Heroes! But Grindstone carries on that tradition. It gives you colorful puzzle boards with interesting choices. It gives you interesting powers to use through collectible items and equipment. Perhaps most importantly, it gives you a really fun time for a really long time. 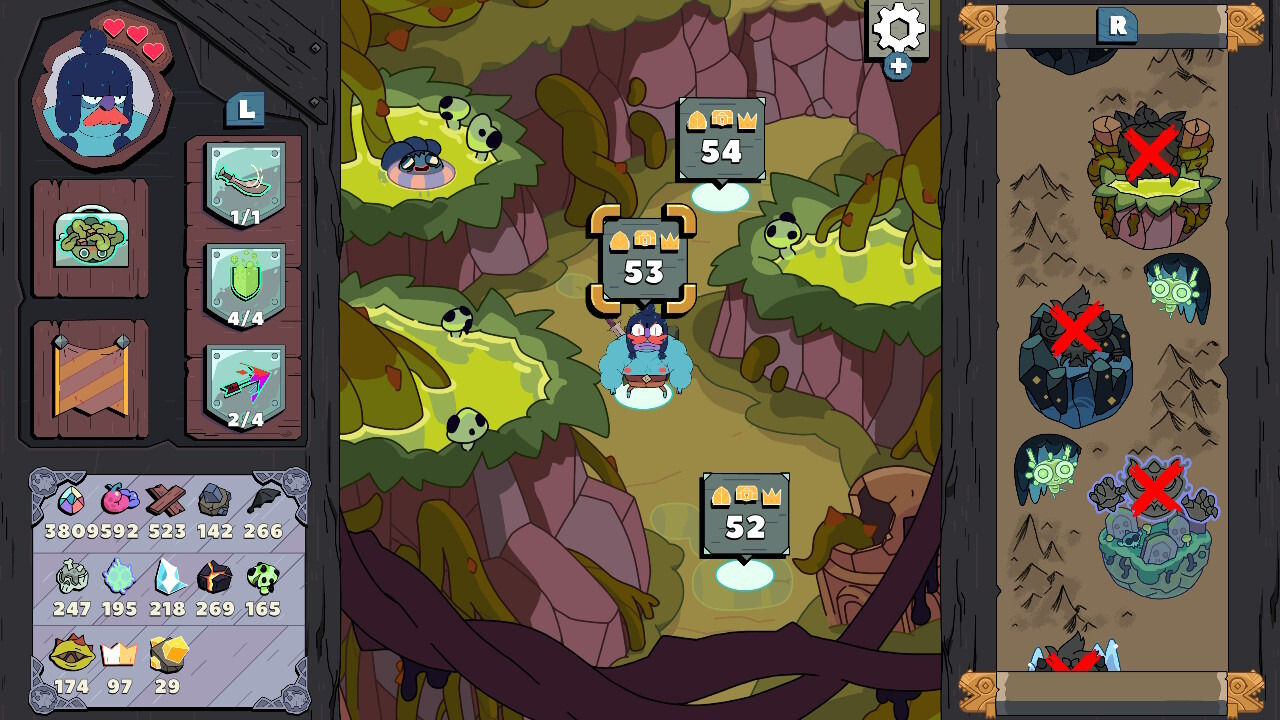 The Grindstone Switch port takes full advantage of the hardware, offering a hybrid option that lets you play how you want. Though there were ways to play the game on a Mac or Apple TV, it was largely and originally designed as a portrait mobile experience. Capy has reworked the interfaces and controls to feel more natural and better fill the screen. The board’s still vertical, of course! So the left and right of the screen show you the information you need and give you buttons for your equipped items that were below the board on mobile.

You can use buttons to play, or completely rely on the touch screen if you’d like. Is the Switch touch screen as accurate or reliable as a phone screen? No. No, it definitely isn’t. But it’s still a natural enough way to play. Buttons work fairly well too! Though this is a game that often needs you to move diagonally on the board, so you’ll have to use the somewhat more finicky option, the analog stick, at least sometimes. If you’ve played the game on Apple Arcade, it’s not exactly refined enough to coax you into a second playthrough. For new players, it should be fine. 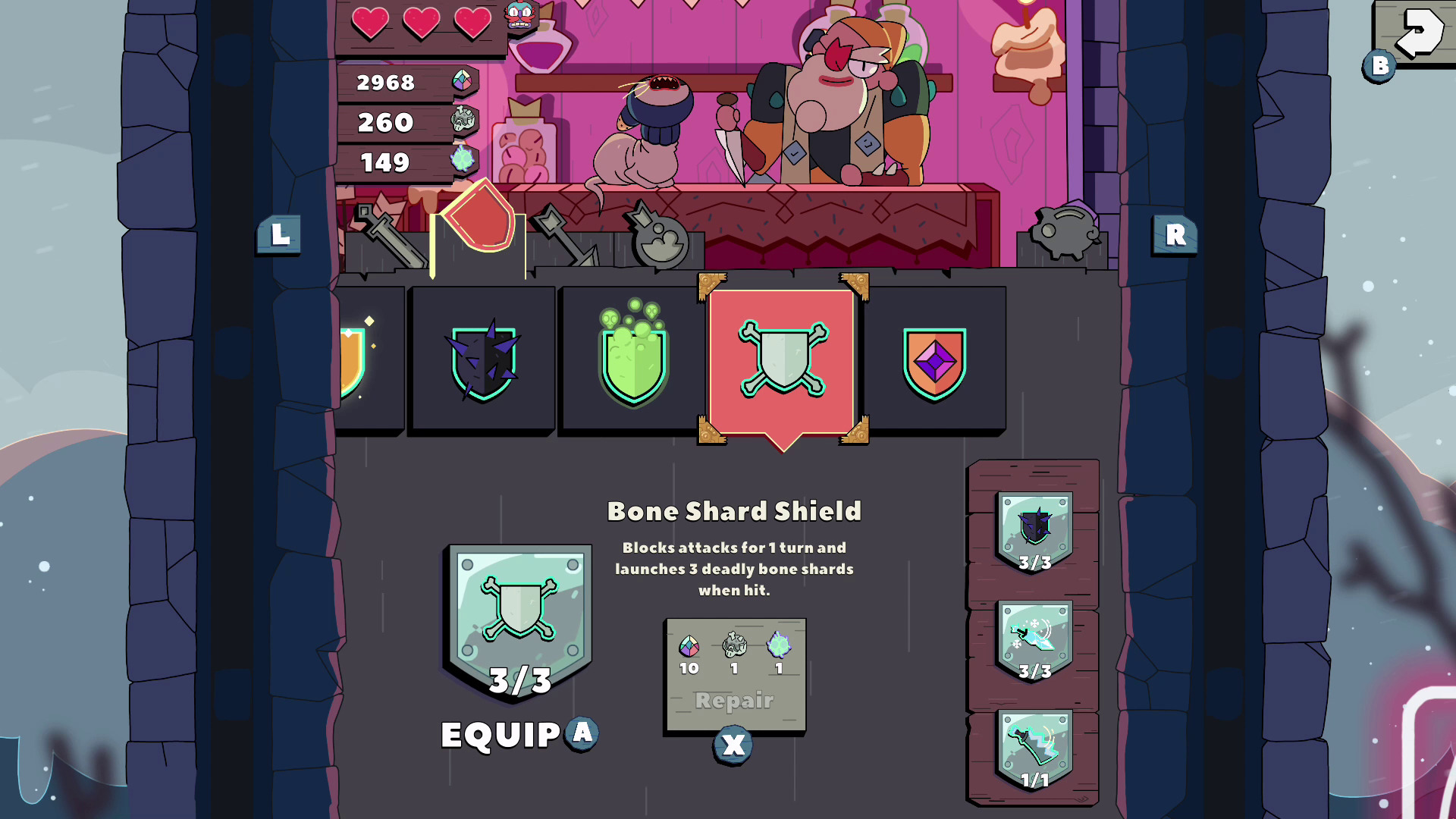 Grindstone’s stint on Apple Arcade has brought with it a number of content and feature updates, and all of those are packed into the Nintendo Switch release. The game quickly offers you variety in equipment and strategies! If you’re, say, someone who prefers items that don’t break or deplete on your runs? There’s still some variety there that wasn’t at the Apple Arcade launch. Having trouble with a particular stage? You should have a host of weaponry to bust out for the occasion. As if the core adventure weren’t enough, Grindstone also offers daily generated runs and leaderboards.

Since it takes a lot of time and talent to make a game as good as Grindstone, Switch players should be psyched to have the game on the system. It does so many things right, and keeps you coming back with new ideas and challenges.

Grindstone is available now for $19.99 on the Nintendo Switch eShop. It’s also available on Apple Arcade.