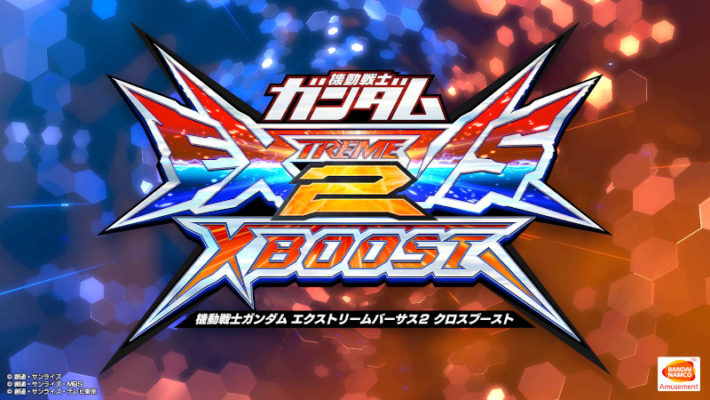 Bandai Namco has revealed Mobile Suit Gundam: Extreme Vs 2 X Boost (pronounced Cross Boost), the newest version in the Gundam Vs. 2-vs-2 team battle game series coming soon to arcades in Japan. This is the new Extreme Vs. title that had been teased since January 2020. More information about this game will be revealed in early October 2020. A closed beta test will also be held in Japan in early November 2020.

And, while there is a Japanese quirk of pronouncing X as cross, the latter word also symbolizes the orthodox evolution of the 2-vs-2 team battle game. It fits the images of Mobile Suits clashing their weapons in an all-star Gundam series crossover, as well as the heated emotions between partners and rivals crossing over each other.

The current version running on the arcades is Mobile Suit Gundam: Extreme Vs. 2, which has been available since October 30, 2018. The previous update in August 2020 added Sinanju Stein from Mobile Suit Gundam Narrative as a new playable Mobile Suit. The next update on September 17, 2020, will instead adjust the balance for 13 existing Mobile Suits.