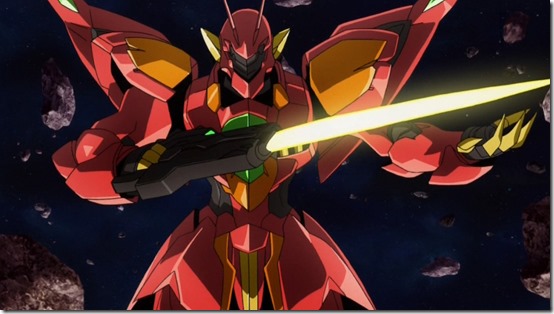 Bandai Namco revealed in this week’s issue of Famitsu magazine that Gundam Versus’ next Mobile Suit unit to be added via DLC is Zeydra from Mobile Suit Gundam AGE. [Thanks, Ryokutya2089.]

Zeydra will have a cost of 400 and will be piloted by Zeheart Galette. Its main weapon is the Zeydra Gun, which can be charged for more power. It uses a Beam Saber for melee and comes with X-Rounder capabilities. Its awakening special is the shooting star kick.

It shouldn’t be too long until we get a first look with new screenshots and a trailer from Bandai Namco.

Gundam Versus is available on the PlayStation 4.