While Puzzle & Dragons is GungHo Online Entertainment’s breakout hit, they also own a number of other Japanese studios like Game Arts, Acquire, and Grasshopper Manufacture. In this interview Kazuki Morishita talks about the company’s other plans and what happened to Final Fantasy XI producer Hiromichi Tanaka. 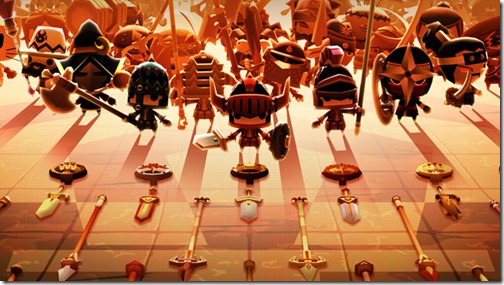 Kazuki Morishita, CEO: I’m glad you asked about this. The idea of monetizing through stamina and continues was originally part of Picotto Knights’ gameplay.

Oh, really? It was in development for that long?

We changed the features for Picotto Knights multiple times. Well, sort of. We kept pushing back the release schedule because I wanted to change a lot of stuff in the game.

How has it been doing in Japan? It’s interesting because it’s a free to play game for Vita, a model that’s just starting to emerge for the platform with Picotto Knights and Samurai & Dragons.

As you said, the free to play market for consoles is a different market. We were confident the business model will transition to consoles well. We got enough data as an experiment for this new idea. Since it was on the Vita, we believe if the Vita sold as much as smartphones did it would have done much better. 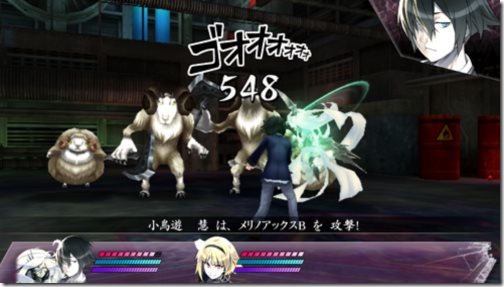 Acquire is doing more Vita too with MIND≒0 can you tell us more about that game?

The game reminded me of Class of Heroes with a Persona vibe. Will GungHo Online Entertainment America bring this over?

The idea was it’s a fantasy, dungeon crawling RPG and we played with the art style a little bit. No specific plans for now since we haven’t started the localization phase. Since it is a GungHo group title we will talk about it internally and see if it makes sense. 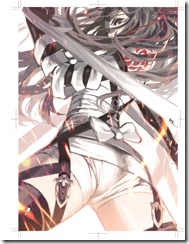 Yes, I got along very well with Suda-san. That was pretty much the main reason. We connected very strongly on how we create games and have a similar vision. The prospect came from Suda-san himself and initially I was not interested because it would add a lot more creative work for me. I was going to say no, but as we met again and again after the first meeting we started to get along and we started talking about ideas.

Not really. The biggest reason is because Suda-san has his own taste and creative mindset that is very different from my ideas. If we can collaborate together and work off each other’s ideas we can bring new ideas to the world.

Generally speaking, yes. As these games come from the GungHo brand it makes sense that GungHo Online Entertainment America releases these titles. However, there is always an opening for partnerships and we will act on what makes sense at that time. While GungHo America will generally release all of GungHo Japan’s titles, there will be different choices sometimes as well.

Can you explain your creative process compared to Suda-san’s?

In terms of how Suda-san comes up with ideas he starts with a general idea of world setting and the storyline. I’m more focused on the game system and rules.

For me, it’s very exciting. When I can put my ideas together like the systems or gameplay and put that together with Suda-san’s worlds is something that couldn’t happen if I was working alone.

The CEO of Acquire, Endo-san, has a unique way of developing games too and Suda-san also has a unique process.

[Laughs] Infernally in GungHo Japan, we have unique minded people. For example, people who worked on the Final Fantasy series and ex-Square Enix people as well. Hiromichi Tanaka (the producer on Final Fantasy XI) is part of the GungHo Japan team as well. We are definitely a company is focused on creating new and fun games.

What is one new genre you want to try making?

There are many things I want to try out. One of the things is an open world game.

That is a popular genre here. How would you make something different?