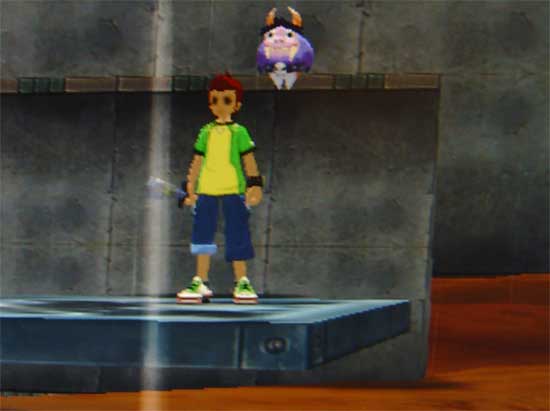 Cartoon Network Universe: Fusion Fall is less like WOW and more like a massively multiplayer online platformer. In the demo I took control of Sharkyburke who was aided by familiar faces from Cartoon Network’s original programs. Fourarms from Ben 10 has a net ability and Mandark is a passive helper that boosts Sharkyburke’s jumping ability. I’m glad Mandark was one of the helper characters because the first task was to jump over green ooze on moving platforms. That’s right jumping in an MMO. You can move with the arrow keys and hit the spacebar to jump. The mouse was used to alter the view and left click made Sharkyburke slash a weapon. All the way on top of the building there were robotic-like creatures that you can fight with a few hits Sharkyburke’s bat.