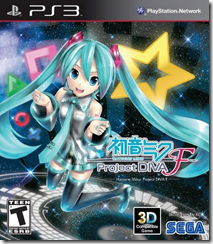 A number of readers sent in a tip that Hatsune Miku: Project Diva F was rated by the ESRB as a PlayStation 3 and PlayStation Vita title. Thanks to everyone who sent in the tip and we reached out to Sega for a comment since their announcement made no mention of the Vita version.

We are still waiting to hear back from Sega, but the ESRB rating has been updated. 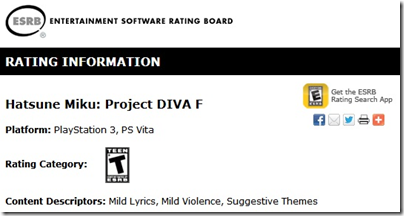 …and the updated rating that only says Hatsune Miku: Project Diva F is for PlayStation 3.

We will update this post if we hear back from Sega.