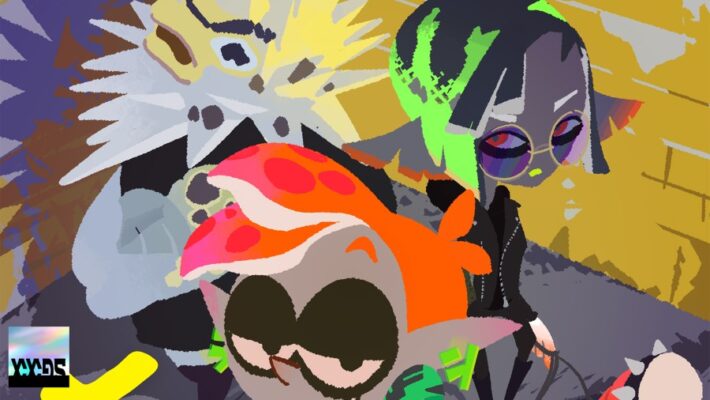 While much of Nintendo’s Splatoon 3 news arrived ahead of TGS 2021 during the September 2021 Nintendo Direct, one bit of news did come up during TGS 2021. It involved an introduction to more Splatoon music. Specifically, people can hear what C-Side, one of the “groups” present in Splatoon 3 whose music we’ll hear during Turf Wars. The The track is called “Clickbait.”

When it comes to Splatoon music, Nintendo has a history of creating in-world bands. Each one has their own style, and tends to have a handful of tracks appear in the games. C-Side is an entirely new band created for Splatoon 3. Nintendo Europe’s first tweet introduced the three person group, which includes an Inkling and a pufferfish person.

Introducing C-Side, a three-piece band straight outta the Splatlands. Despite having no formal music education and growing up without privilege, they got where they are today through innate talent and ambition. #Splatoon3 pic.twitter.com/yrRlWUcQ60

Later, a clip of “Clickbait” offered a hint as to what Splatoon 3 music will sound like.

Here's a sneak peak at the demo version of C-Side's signature track, "Clickbait", a song that explodes with Splatsville spirit. The electrifying rhythm and powerful guitar riff show off a C-Side who are at the top of their game. #Splatoon3 pic.twitter.com/7iv1PSgwu2

Splatoon 3 is in development for the Nintendo Switch. It is expected to launch in 2022.