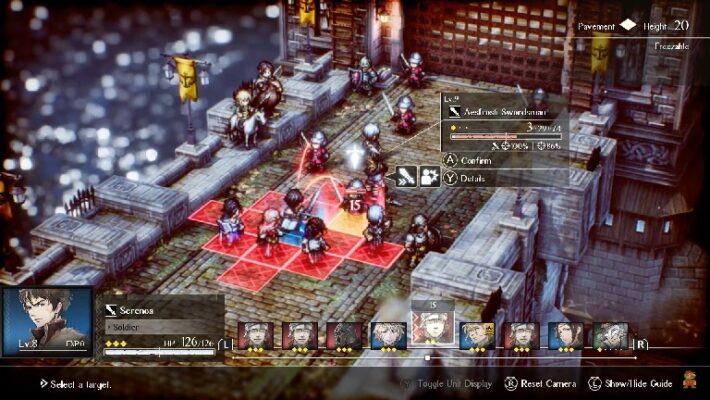 Nintendo of Europe has released the full list of changes made to Triangle Strategy prior to its release date. It used user input from the Debut Demo feedback survey to optimize the game, including small quality of life improvements and major changes. For example, you will no longer return to the World Map after seeing an event, and the game will include different battle difficulties.

In the final version of Triangle Strategy, players will view scenario events in succession instead of returning to the World Map after each scene. You will also have the option to auto-play or skip an event as well, as players were not able to do so prior. There are also two new difficulty levels: “Hard” mode and “Easy” mode.

Aside from major changes like the above, there are also small quality of life changes as well. The team added new features during battle so players can see terrain effects as a guide, as well as show the final space a character will land on after they use a skill that will move them around. You will also need to press the A button when entering or leaving houses, so you do not accidentally do so.

Here is the entire list of changes that will appear in the final version of Triangle Strategy:

Other changes and improvements

Triangle Strategy will release on March 4, 2022 for the Nintendo Switch.