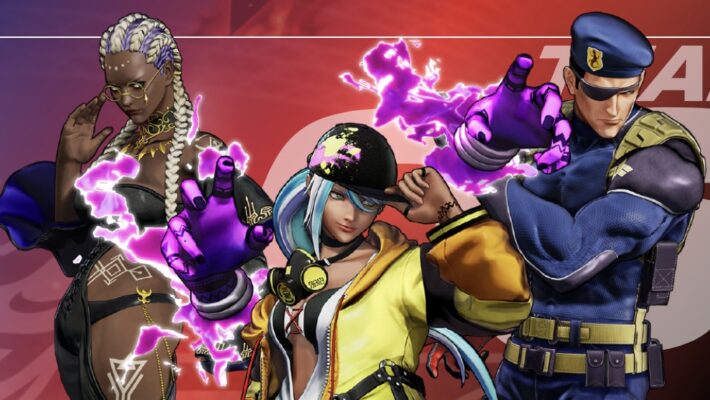 Dolores and Isla are newcomers to The King of Fighters, and the just released KOF XV Team Rival story offers new insight into both heroines. SNK updated the game’s official site. While it doesn’t explain exactly who Dolores is, it does offer insight into Isla. It also explains how the three are working together.

It turns out Heidern and Dolores have an established relationship. The two are working together on a specific mission. This brought them to South America in search of Isla. They’re aware of her “hands.” These are the spectral hands similar to the ones Shun’ei possesses. Their goal is to recruit her to KOF XV Team Rival for the tournament.

Isla is described as a graffiti artist with ties to an orphanage. The story also elaborates how her “hands” act as a separate entity. When Heidern and Dolores find Isla, the two are making art together. While Isla expressed concerns about working with Dolores and Heidern for KOF XV Team Rival, things close out with a clearer idea of how things will go for the team.

This is one of many KOF XV backstories to show up so far. In the past, SNK explained why Team Art of Fighting, Fatal Fury, Hero, Orochi, and Sacred Treasures are all participating.