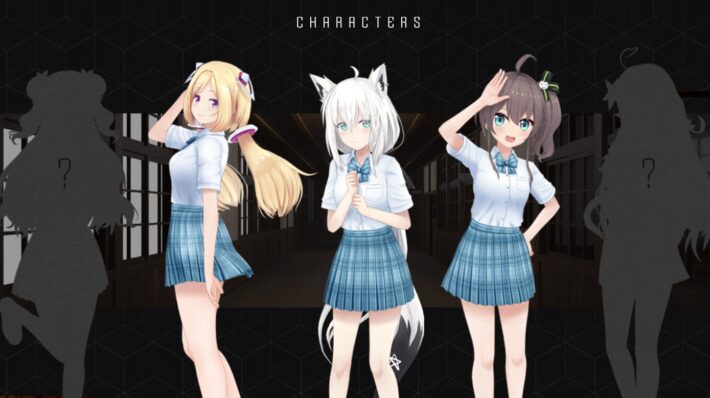 Cover has updated the official website for its upcoming Hololive Error horror project. It added key information, such as participating talent and a list of their characters, as well as the project’s story and concept. The update revealed three characters, with two more added later. Additionally, Hololive has also uploaded a new 360 video introducing a few characters in a VR environment.

Hololive Error is an upcoming horror project set in a Japanese-style school with several Hololive members playing schoolgirl characters. While we don’t know much about the actual project, the update reveals new details. It will have something to do with a malfunctioning program.

The story puts players into the shoes of a transfer student in Aogami High School. Strangely, however, there is an urban legend floating around the school. It warns students that “bad things will happen if you don’t show hospitality to transfer students.” According to the official website, the project’s concept will revolve around how a small bug in a program can lead to “a cycle of terror and misfortune,” and how the only way to solve it is to “fix the error.”

Cover has confirmed that three members will be part of the project. These are Aki Rosenthal as Saki Ibara, Fubuki Shirakami as Inari Shirayuki, and Matsuri Natsuiro as Hanabi Natsuno. We can also gather that Lamy Yukihana and Nene Momosuzu will also play other characters, though the website doesn’t mention their names yet. Though she appears prominently in the teaser trailer and front page, Tokino Sora is also notably absent from the character list.

You can check out the new Hololive Error Part 1 video below:

Hololive Error will continue to update its character list and tease more information as the project continues throughout the summer.