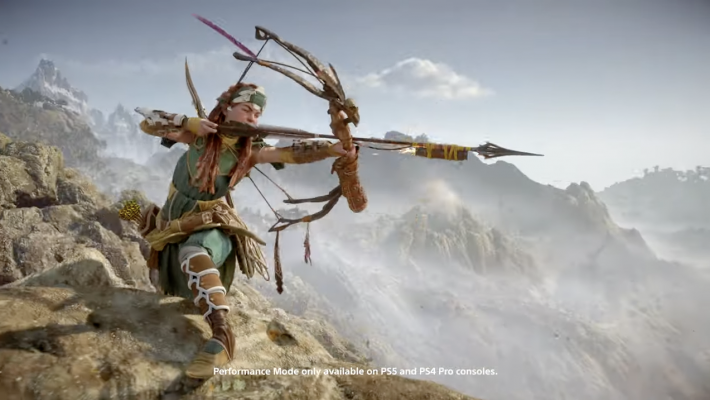 People will have a reason to return to Horizon Forbidden West today, thanks to a new update. During the June 2022 State of Play, Sony discussed the game. After showing off the PSVR 2 entry ,em>Horizon: Call of the Mountain, a new patch came up. Once people get it, they can access things like New Game Plus, an Ultra Hard difficulty level, and new Performance Mode features in Horizon Forbidden West.

The PlayStation Blog went over a few of these additions. In addition to Horizon Forbidden West New Game Plus and Ultra Hard, there will be a new trophy pack. That unlocks when you take on the new challenge. There will be a transmog feature to change how Aloy looks. People can also respec her to change her build. You can buy animal parts, instead of relying on finding them. Performance Mode’s Temporal Anti-Aliasing changed. There will also be 40FPS and VRR support coming.

Here’s the trailer going over all the Horizon series State of Play June 2022 announcements. It begins with new footage from the PSVR 2 title Horizon: Call of the Mountain. That is the new adventure starring Carja Ryas. Carja was a shadow. That footage shows someone swimming , scaling areas, and dealing with machines as you scale a mountain. At the 2:10 mark, the new Horizon Forbidden West update is shown off.