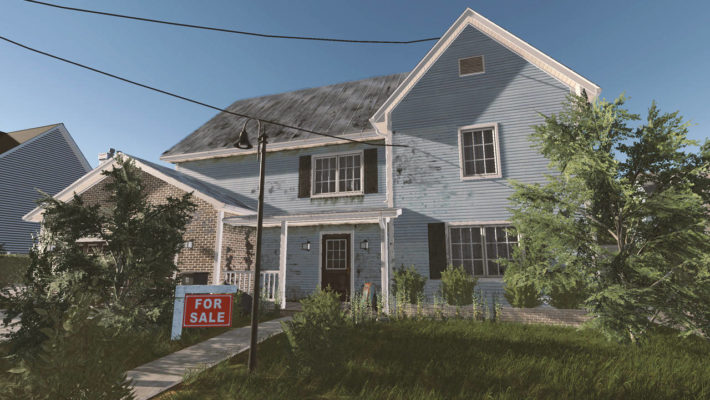 It can be incredibly satisfying to see the fruits of your labors in simulation games. You are taking this time to work out what would be best for whatever project you are assigned to, be it managing a character’s life or building an empire, and you gradually see these pieces come together. House Flipper is a game in this genre that is a little more about immediate gratification. You’re taking jobs to renovate or flipping homes and immediately seeing changes. With the House Flipper Switch port it is even more satisfying, because it is happening anywhere.

House Flipper starts off slowly. You’re in a small, run-down office/home that is dilapidated, dirty, and a general disaster. It isn’t pleasant. You don’t have all the tools you need to perform every job, so initially you’re limited to eliminating trash and mopping up messes. You in no way have enough money to invest in buying another run-down home you could fix up for a client and sell. So, you’re limited to minor jobs. Cleaning up a woman’s home after an ex-boyfriend trashed it and stole its radiators. (Why take the radiators, but leave the TV?) Or maybe you clean up a home and set up its nursery. 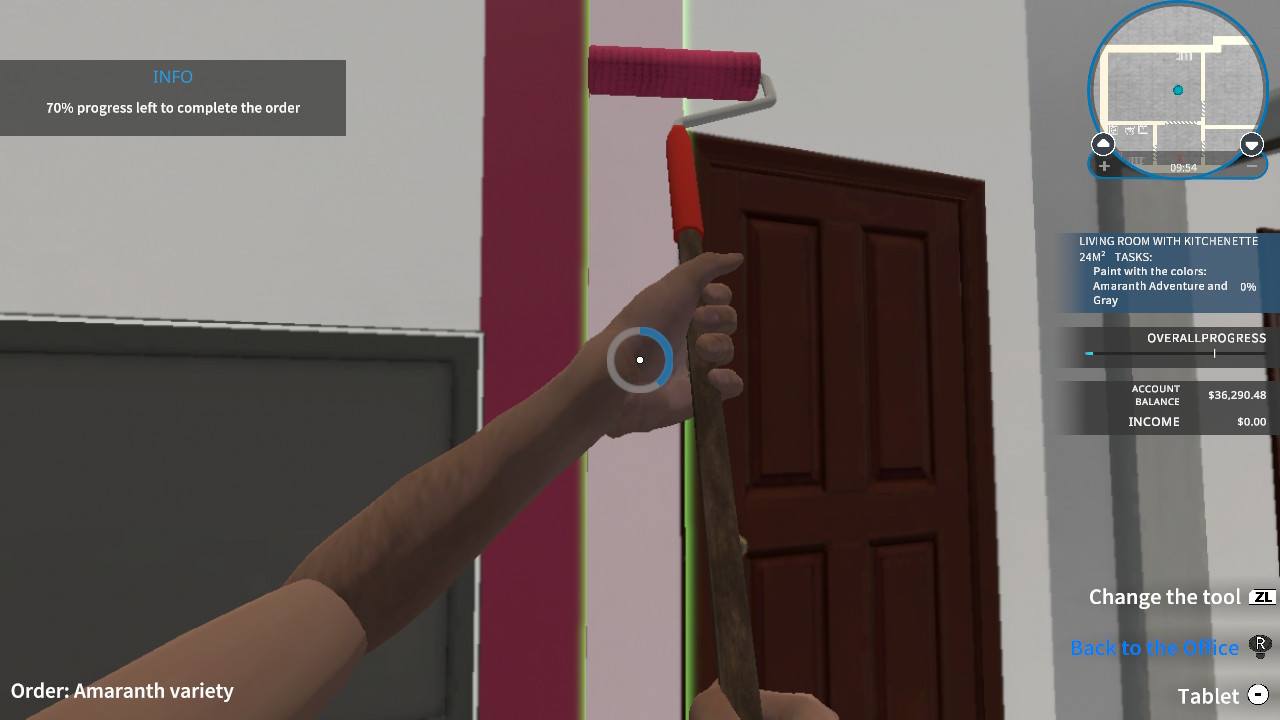 The labor is often menial. Painting a room can be repetitious, for example, since you’re going through one line at a time and need to get areas above and below accents like windows and doors. Vacuuming can be tedious if you’re trying to get rid of cockroaches, since you have to keep track of them and keep moving. There’s a rhythm to it, though. It’s relaxing to do the same thing over and over, especially since with the House Flipper Switch version, you could just… stop if you want. Or do it anywhere. Like I spent most of the time completing the almost 20 initial assignments when I needed to calm down.

It’s easy to lose yourself in what you are doing. Especially as you start making real progress and have that incentive to keep pushing forward. But what’s great about it, especially on the go. You’re seeing rather immediate changes to homes and have these options where you can (relatively) quickly make improvements and complete a task. As you do more, your avatar even gets better at it. It isn’t ever taxing, on you or the system. And once you have your own house and are making your own decisions, it is even more fun. It’s not incredibly visually impressive on any platform, but it looks good and this keeps a level of parity with the other versions of the game. 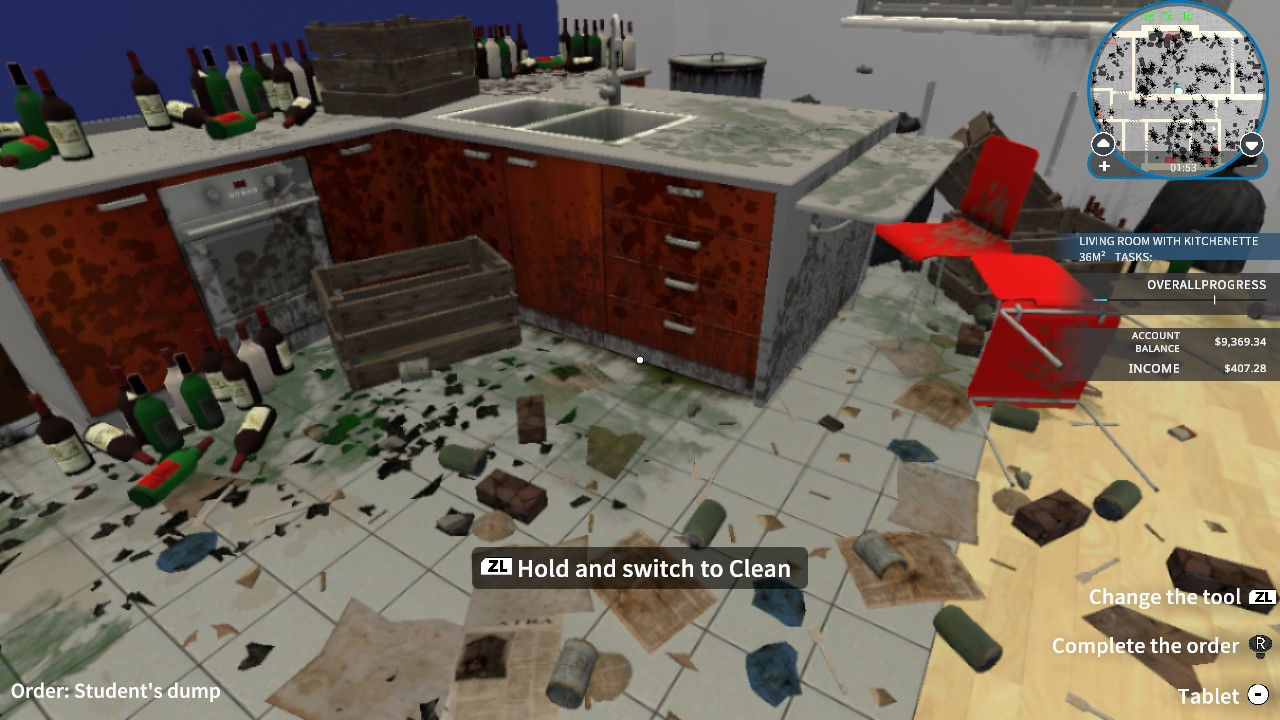 This isn’t to say there aren’t some issues that arise from a port of a PC game. There will be some assignments and houses where it can be difficult to read the objectives to find out exactly what color of paint you might need to be using or need to place. (But then, checking the tasks was an issue in the original PC version of the game too.) Getting accustomed to the controls or finding the right perspective can be a bit of an issue too, because you can tell it is the sort of game that was meant to be played with a mouse.

It may not be pretty and might sometimes be difficult to read, but there’s something so soothing about House Flipper. It is this calming experience that lets you focus on small tasks and gradually build up a home and yourself until both your character are both more capable and better. The Switch port especially is nice, thanks to it being there for you anywhere at any time.

House Flipper is available for the Nintendo Switch, PlayStation 4, Xbox One, and PC.