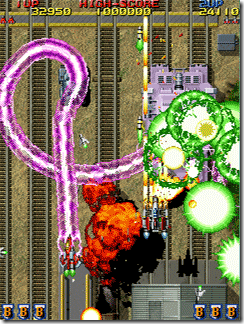 Success published Raiden Fighters Aces last year and Valcon Games brought it here this week. A pleasant surprise for shooter fans and solid package for around $20.

The keyword is “surprise”. How did Valcon bring Raiden Fighters Aces over and what do they think about the shmup market? Colin Gordon, Co-founder of Valcon Games, shares his thoughts.

Is Raiden Fighters Aces is Valcon’s first Xbox 360 game? When did Valcon become an Xbox 360 publisher?

Why did you choose to localize Raiden Fighters Aces?

I loved the Raiden games back in the coin-op era and thought it would be a fun project to work on.  We had a relationship with the folks at Success in Japan from working with them on previous titles, and we knew they had this for the Xbox 360.

Was it difficult to get approval to publish Raiden Fighters Aces domestically?

Luckily for us, and fans of the game, we had a really good reception to the game within Microsoft.  The game has some strong fans there, which really helped get the title approved quickly. 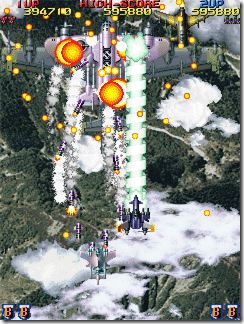 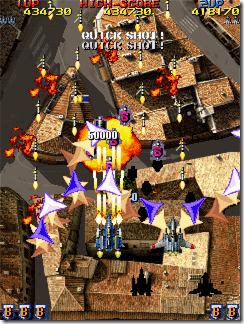 I was amazed by all the dip switch-like options in Raiden Fighters Aces. Some of these like the Game Speed (i.e. 54FPS (BLEND) vs. 54FPS (WAIT) ) are pretty technical. Could you explain them?

All those options were implemented by the development team at Guilti. They did an amazing job on the emulation of the arcade machines.  From what I know, the BLEND option runs the game internally at 54 FPS and then blends frames to create a 60FPS result. The WAIT option displays the frames individually and effectively holds a frame every few seconds to stretch it to 60FPS.

Does the US version include the patch Success released in Japan?

Yes – this build is based on the patched code.

Were any changes made for the US version?

Just some minor bug fixes and tweaks.  We enabled English text in Raiden Fighters Jet (which I think is the first time it’s ever been seen). We debated over fixing the text, but the Japanese told us it would be really tough to change the text, as it was all baked into the ROM files, so we left it. 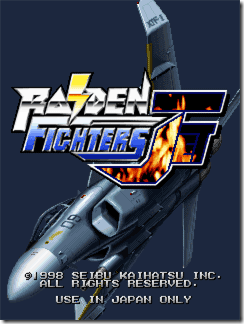 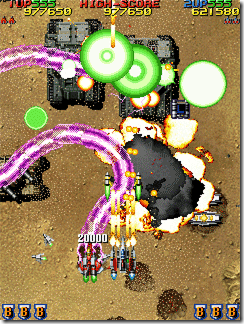 Do you think there is a market for shooters in North America?

I hope so!  This is our 3rd non-mainstream Japanese release (DaiSenryaku & Sheep Village being the other two).  From the reaction we’ve had in email and on our website, it seems to be popular.

How can a publisher like Valcon expand the market?

One step at a time.  If this title sells well, then it will help us determine our next steps.

Does Valcon plan to publish any more shooters on the Xbox 360? A lot of games like Shooting Love 200X, Deathsmiles, Raiden IV, and DoDonPachi are out in the wild.

It really depends on how well Raiden Fighters Aces does for us on the Xbox 360.  Personally, I’d love to do more Xbox 360 shooters.

What about DS shoot ’em ups like Ketsui: Death Label?

I can’t really say one way or another at this point.

Can you tell us more about your relationship with Success? Is Valcon optioning more titles from them?

We have a great relationship with Success, and have been really happy working with them on these first two titles.  I think the same holds true for them.  We’ll see what the future holds.