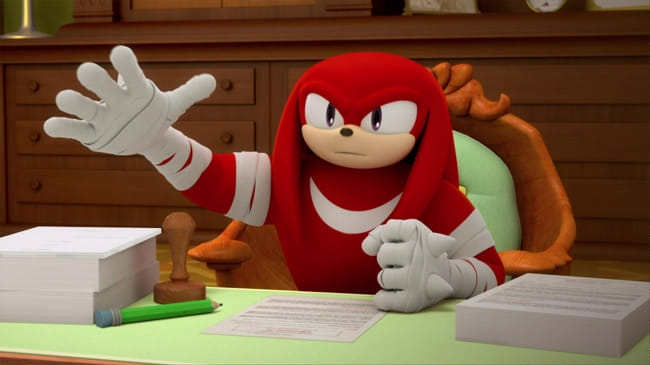 Thanks to various teases and leaks, as well as a clip at the end of the original Sonic movie, we knew Knuckles the Echidna would be in it. Now, we know who will play him. Idris Elba shared images on social media confirming he will play Knuckles in the Sonic the Hedgehog 2 movie.

Here’s the Idris Elba tweet referencing Knuckles and the Sonic the Hedgehog 2 movie. It doesn’t actually show exactly how he will look in the film, though. Rather, we instead see Knuckles’ iconic, well, knuckles.

This sort of casting decision isn’t uncommon. A number of famous actors were brought in for both the original Sonic movie and sequel. For example, James Marsden plays an original character, Jim Carrey is Doctor Eggman, and Ben Schwartz is Sonic the Hedgehog. While Tails will be in this sequel, it is unknown who will voice the fox.

The Sonic the Hedgehog 2 movie will appear in theaters on April 8, 2022. The first movie is available digitally and physically. A keychain of the first movie’s Baby Sonic appears as a pre-order bonus for physical copies of the upcoming Sonic Colors Ultimate.