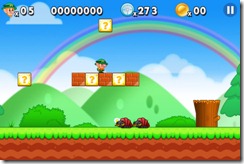 … you would have something a lot like Super Jump World. This iPhone game appears to liberally borrow level designs from the NES Super Mario Bros. games. Most fans will recognize this scene as the beginning of World 1-1.

Other stages have a similar wither purple caves and lava filled castles. Although, Super Jump World has beetles instead of giant turtles. Check out the free game, which the author says is inspired by an unnamed 2D classic game here. 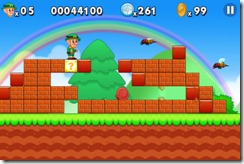 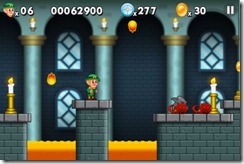 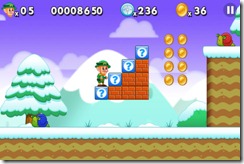 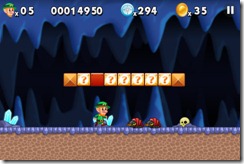