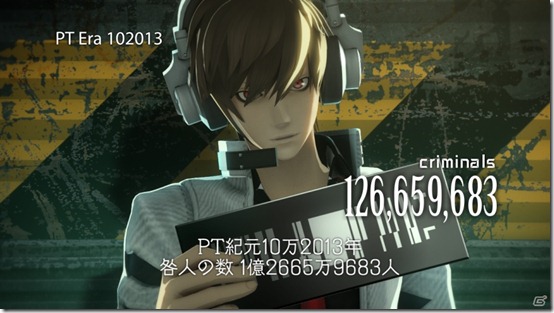 Earlier today, we reported that Sony’s teaser trailer of Panapticon’s actual title is Freedom Wars, a cooperative multiplayer game for the PlayStation Vita, which also included a new trailer. In addition, Sony have updated the game’s official website with some new info, including the meaning behind “Panapticon”.

Freedom Wars will have a story focusing on the word ‘freedom’. The setting is in the near future, where the world is in ruins and the outside world can no longer sustain any form life. Mankind has created cities called “Panapticon” in various regions, where they fight to find a way to live. 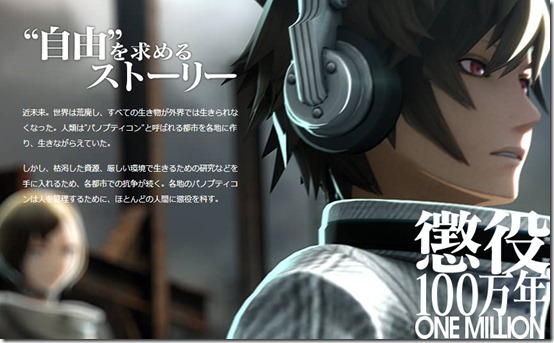 However, resources have dried up and conflicts in each city occur as the people living within the Panapticon struggle to obtain the research needed to live in such harsh environment. In order for the Panapticon to manage their people, most of them are currently serving a penal servitude. 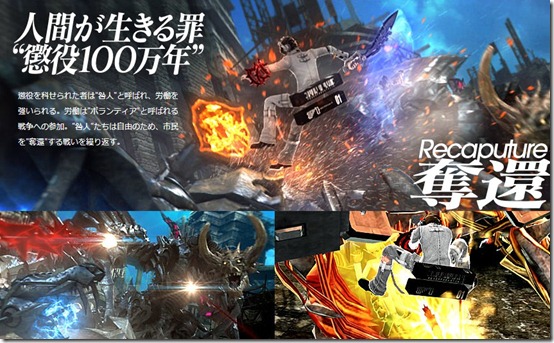 Those who are under the penal servitude, are simply labeled as “Criminals,” and are forced into a labor, called “Volunteer,” which basically means to participate in war. You, the player, will be a Criminal who has been charged with a sentence of 1,000,000 years and will be fighting for your freedom.

In order for the Criminals to regain their freedom, they must go on missions to “Recapture” the civilians and their comrades who’ve been captured by giant enemies, called Abductors. Participating in these missions will mitigate the sentences imposed upon the Criminals. 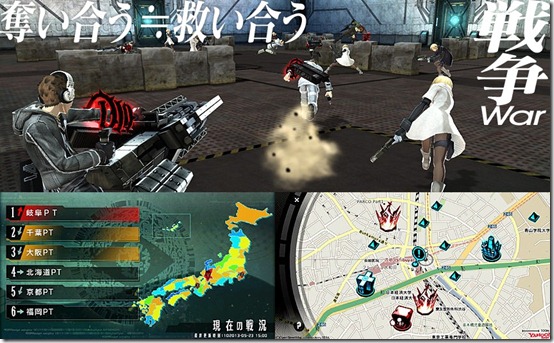 The above image shows various regions of Japan, which is marked “Current war situation” and includes a list with various cities and regions such as Osaka, Hokkaido and Kyoto (Though not specified, the PT could stand for Panapticon.) To the right is an image of Yahoo map, that seems to show various key points in Shibuya, Tokyo, including what looks like conflict areas and other points of interest.

It has also been reported that Freedom Wars will feature online competitive multiplayer and co-op modes with up to 8 players, through Wi-Fi and AdHoc connectivity. There will also be features that uses the PlayStation Vita’s GPS and Near functions.

Freedom Wars is slated to be released sometime in 2014 for PlayStation Vita.