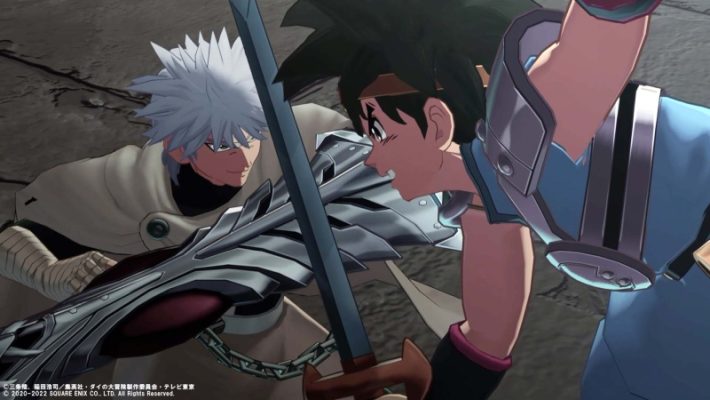 Square Enix confirmed officially that Dragon Quest Infinity Strash will receive a localized release in the West. The confirmation came on Monday, after the 2022 Tokyo Game Show. As part of its Western release, Infinity Strash is getting a formal English title: Infinity Strash: Dragon Quest The Adventure of Dai. The game was announced back in 2020, but was delayed and does not have a current release window.

Check out the latest trailer for the game below. English subtitles are available in the closed captions.

Infinity Strash: Dragon Quest The Adventure of Dai is based on Dragon Quest: The Adventure of Dai, a 2020 anime series. The show is in turn based on the 1991 manga of the same name. The Adventure of Dai (a.k.a. Dragon Quest: Dai no Daibouken) stars a young hero named Dai. He and his companions must fight to stop a monstrous army led by Dark Lord Hadlar and Dark King Vearn. Dai trains under Avan, a legendary hero who once defeated Hadlar years before. It’s Avan who also teaches Dai his signature technique, the Avan Strash. “Strash” comes from a portmanteau of “Strike” and “Slash”.

Infinity Strash is billed as an action-RPG, developed by Game Studio and Kai Graphics. It’ll have two game modes. The first is Story Mode, which more or less follows the narrative of the Dragon Quest: The Adventure of Dai TV series. Square Enix confirmed during a live gameplay session at TGS 2022 that the narrative will follow the show up through the “Sovereign Rock Castle” story arc. It’ll also feature CG sequences and cutscenes. The second mode is the meatier and semi-randomized Temple of Memories. The Temple of Memories is a many-layered dungeon that changes its enemy makeup and mechanics every time you play. Players will also be able to steer their progress by making choices that could lead to great benefits or tough challenges. They’ll also be able to equip Bond Memory items to increase their stats. Getting a Bond Memory for the first time plays a mini-cutscene corresponding to the memory and moment from the Adventure of Dai manga.

Infinity Strash: Dragon Quest The Adventure of Dai is in development, but will receive a simultaneous global release on PC, PS4, PS5, and Switch. It does not have a release date at this time.