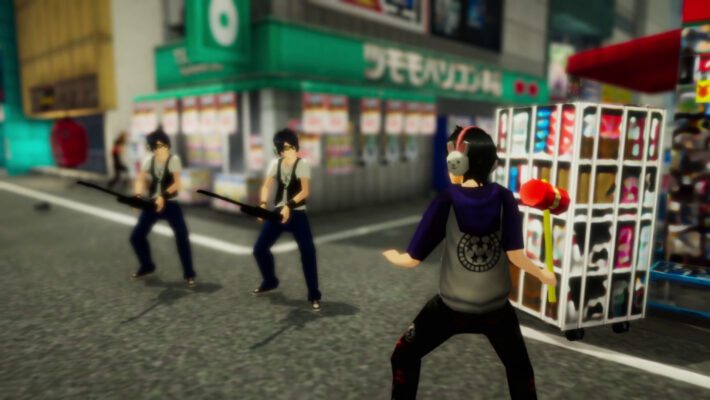 The Akiba’s series is now complete. People worldwide can play all three installments, now that Akiba’s Trip: Hellbound & Debriefed is available on multiple platforms. To help go over how this updated release came to be, design decisions, and even possibilities about the next Akiba’s Trip game, Siliconera got in touch with Director Tomonori Imura to talk about the title.

Jenni Lada, Siliconera: What made Acquire decide to return to the original Akiba’s Trip for the series’ 10th anniversary?
Tomonori Imura, Acquire: Even our Japanese fans were enthusiastic about the remaster since they could only play the original game on the outdated PSP, so we decided to have the AKBHD release coincide with its 10th anniversary celebration. 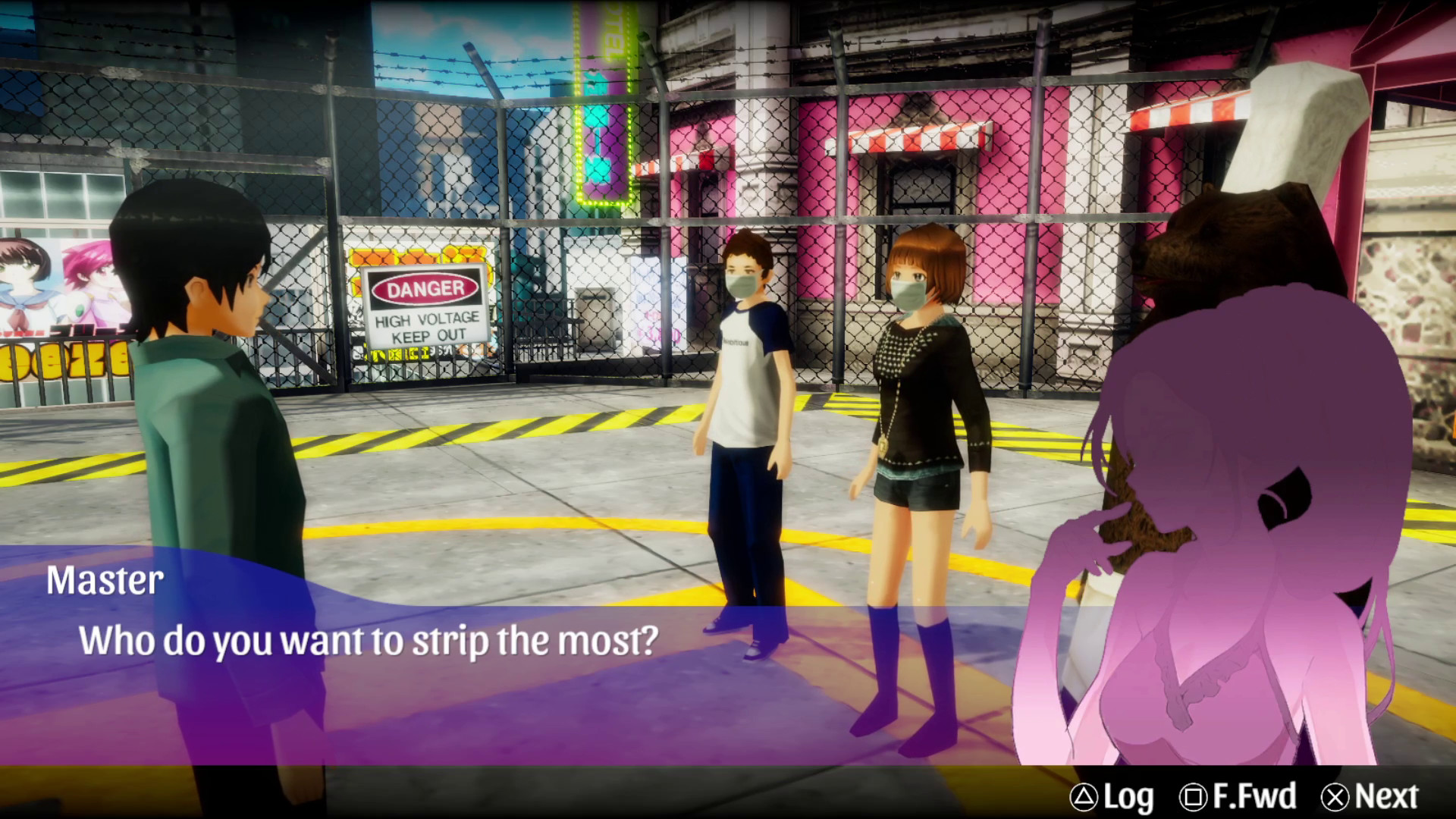 Once games reach a certain age, it might get more difficult to find assets. Were there any issues when preparing Akiba’s Trip for an HD rebuild?

Imura: To give you some background information, our company has a lot of experience developing historical Japanese games like the Tenchu, Way of the Samurai, and Shinobido series. Akiba’s Trip was sort of experimental in that we wanted to try making a modern title with the same game engine.

That experimental nature meant we could focus on making it as ridiculously fun as possible, but unfortunately we didn’t manage our game assets very well. As you can imagine, we had a hell of a time locating the original assets for the remaster.

We also ran into problems recreating Akihabara, the capital of electronics and moe, from a decade ago. A lot of time has passed since the original release, so it was difficult to include certain businesses for a variety of reasons, such as not being able to get the rights for ones that no longer exist.

The name of the creatures varies between the first and second Akiba’s Trip games, as we have Shadow Souls and Synthisters. What made the team decide to go with slightly different antagonists for each game?

Imura: We want players to have a fresh experience with every game in the series. For Akiba’s Trip: Undead & Undressed, we kept the core “strip action” system intact while creating a new world and story.

That said, some fans have asked for a direct sequel to the original Akiba’s Trip, so if I had the chance, I’d love to create a new game that explores the fates of the Shadow Souls. 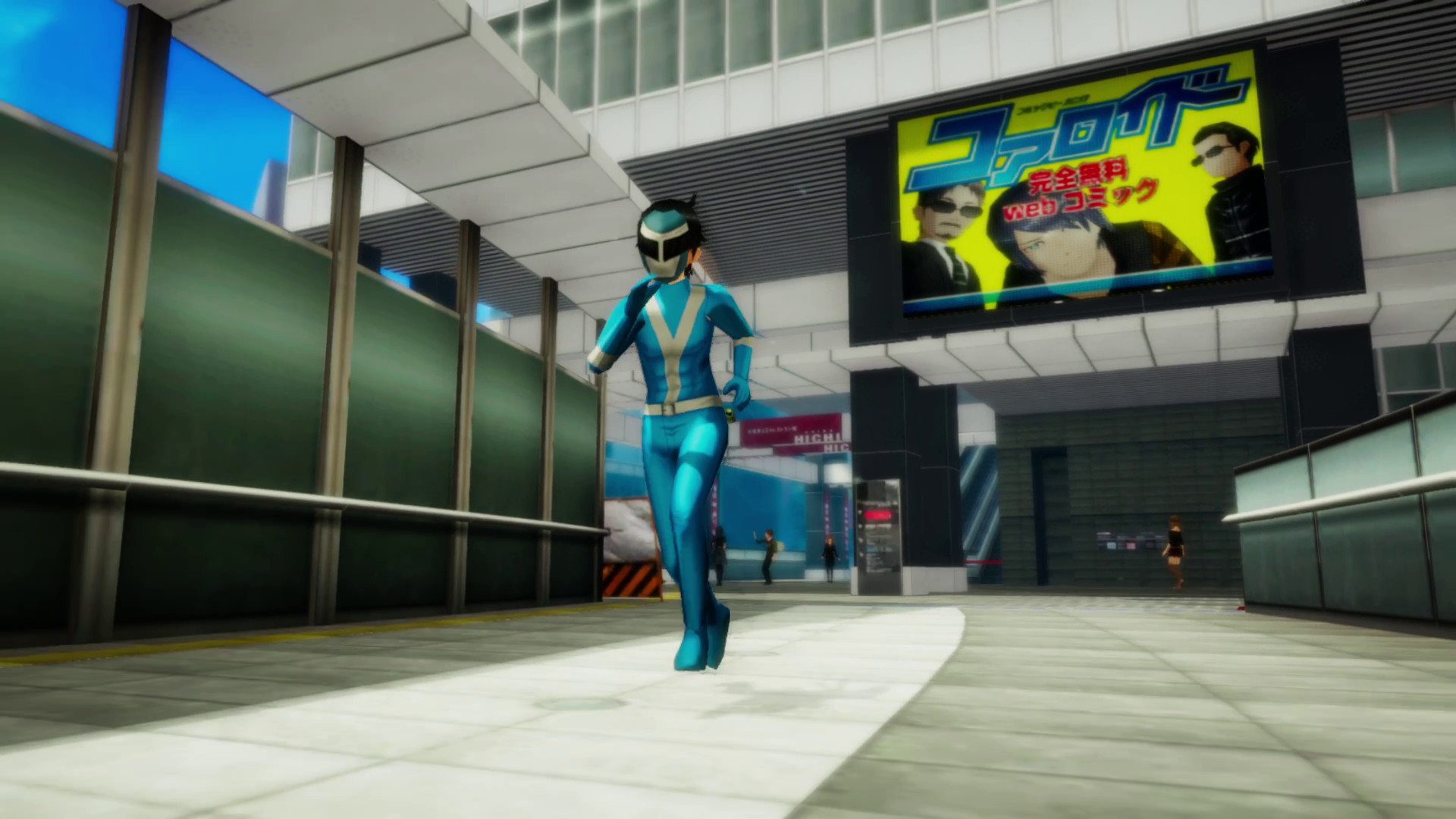 When preparing the 10th anniversary version of Akiba’s Trip: Hellbound & Debriefed for new platforms, did you consider adding elements from sequels? How did you decide which elements to prioritize during development?

Imura: We decided to remaster the original because we wanted North American and European fans to experience Akiba’s Trip in the same way Japanese fans originally did.

But after hearing everyone’s feedback, I think it would’ve been nice to include additional stories and epilogues that highlighted all the great characters in every ending.

There are multiple difficulty options in Akiba’s Trip: Hellbound & Debriefed. How did you work on balancing for each level?

Imura: Besides simply changing NPC attack and defense stats, we also tweaked their AI. Akiba’s Trip: Hellbound & Debriefed looks like a casual game, but it’s actually a fighting game at its core. For each difficulty level, we adjusted the rate at which NPCs would respond to the player’s decisions with specific actions. 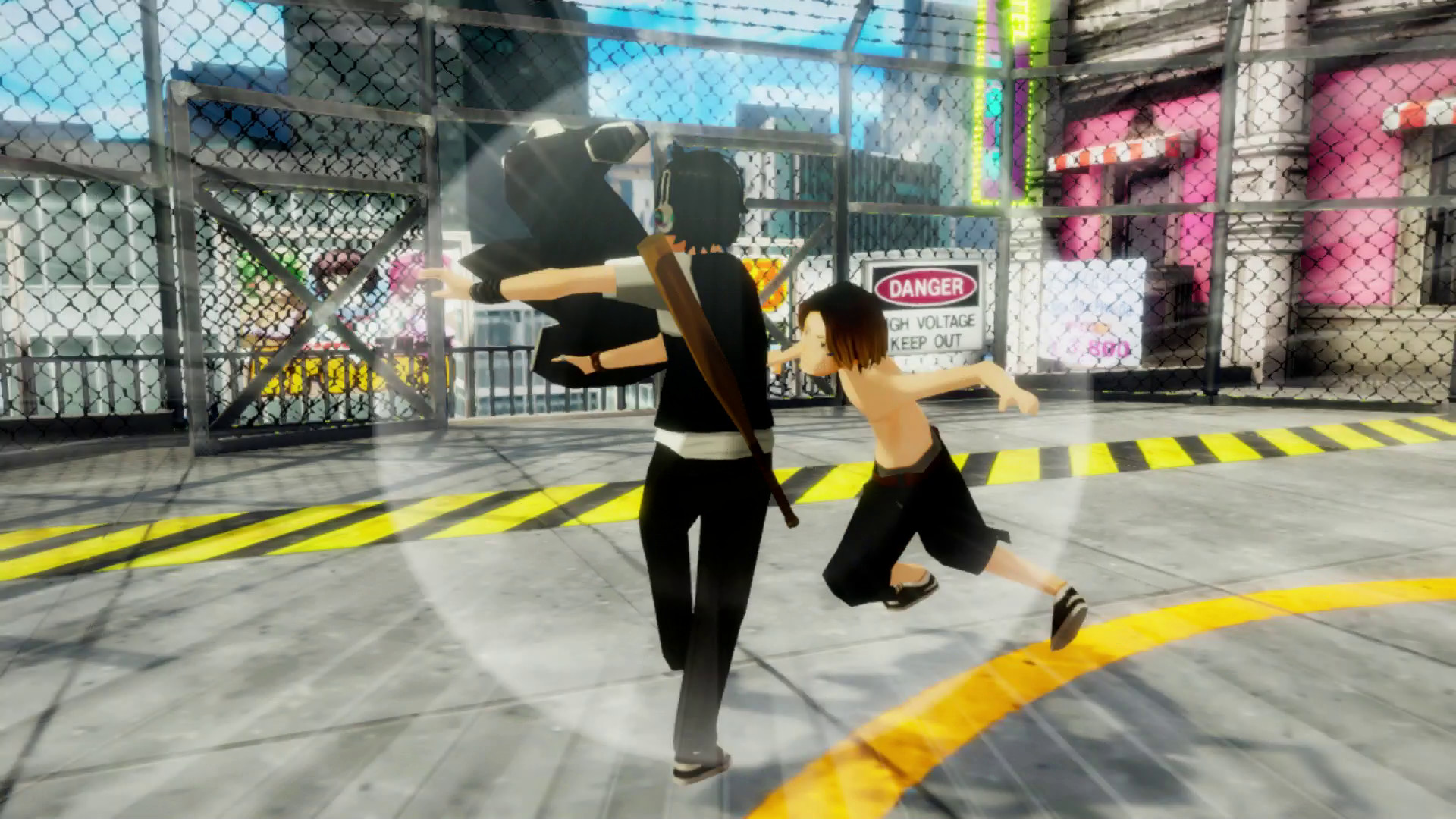 The Akiba’s Trip series changed direction a bit with Akiba’s Beat. If you had the resources and time, what do you think the next Akiba’s Trip game might look like?

Imura: We approach the Akiba’s Trip series with open minds. As long as we can combine the Akihabara setting with a plausible threat and ridiculous action-oriented gameplay, the sky’s the limit. For our next title, I’d like to give our players a novel experience while taking the “strip action” gameplay to a whole new level.  For example…

“Akihabara–home to electronics, moe, idols, vampires, aliens, and constant change–is under attack by an unknown entity! Whether it’s in the past, the present, or the future, almost anything is possible in Akihabara if you know where to look!

Your actions will decide Akihabara’s fate. Who will you face in your next strip battle, and how will that fight unfold?
Battle it out on the streets of Akihabara in next-gen anime graphics!”

I dream of the possibilities…

And then there’s Akiba’s Beat, which centers around a crazy cool gameplay style and literal delusions in the Akihabara setting. It might also be fun to take the series in new directions gameplay-wise while still keeping it all in Akihabara.

Akiba’s Trip: Hellbound & Debriefed  is available on the Nintendo Switch, PlayStation 4, and PC.