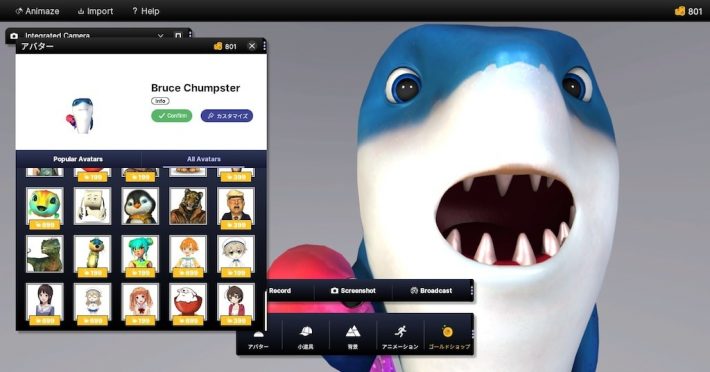 Animaze, a software developed by HoloTech Studios Inc., is one of several programs that allow users to use digital avatars to express themselves. Similar to software like VSeeFace and other avatar-based programs, Animaze incorporates digital avatars using a variety of features to set it apart. In this interview we were able to talk avatar to avatar with CEO of Holotech Studios Inc., Dragos-Florin Stanculescu about these features and how Animaze wants to push the boundaries of VTubing.

Kazuma Hashimoto, Siliconera: How would you best describe Animaze as a program to those unfamiliar with the VTube and Virtual Avatar scene?

Dragos-Florin Stanculescu, CEO of Holotech Studios Inc.: I would describe the software as a program that allows everyone to be seen as they want to be seen, and heard as they want to be heard – that is our mission. VTubing is a great example of that, but it’s only a branch of what can be done with virtual avatars. VTubers are the most visible right now, but avatars can also do a lot of things for people who aren’t necessarily part of that group. For example, people who just want to interact with their friends or want to interact with various communities in ways that were not previously available.

Siliconera: What features does Animaze offer that set it apart from VStudio, VSeeFace, and other free programs?

Dragos: Animaze also has a free tier, but if we want to get into the nitty-gritty technical details we can do that with a comb over the feature list. Animaze wants to allow people to build the avatars the way they want to build them, whether they are 2D or 3D, want to use lighting, or whether they want to use external avatar creation engines, or build everything custom. Basically, we want to provide a broad spectrum avatar interaction engine that enables people to do everything they want to do. We don’t want to be a walled garden, we want to be an open standard.

Regarding VTubing use, what we are trying to do by building our own render and animation layer is to keep ourselves open to adding features that would be harder to add when using an existing engine. Because we are writing the animation and render layer from scratch we have the option of creating this in a way that is ideal for avatar-based interaction. 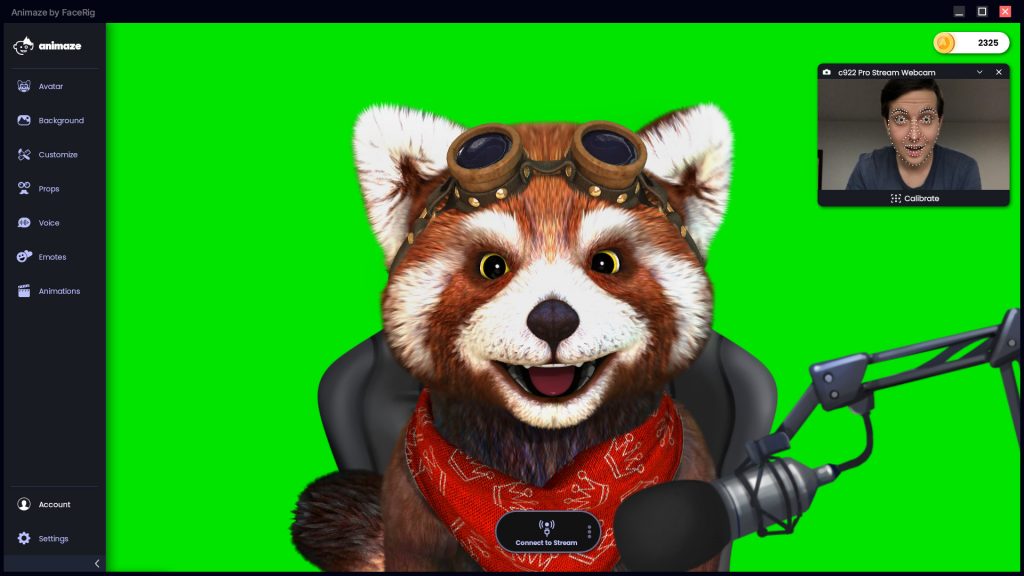 Siliconera: Will there be any future updates to allow for better face tracking for models tweaked in Unity and Blender for better blendshapes?

Dragos: Yes, of course. The end goal is to push this as far as it can go. Actually, this is one of the reasons why when we started with FaceRig the resources were always limited. If we want to do Pixar-level animation in real time then we need to be able to attract Pixar-level talent. Because there are people that are driven by the mission to enable avatars for everyone in the world and that’s great, but also it is fine to also accept that there are awesome artists and coders who aren’t into the mission. They are willing to solve these hard problems and they need to get paid for it. So we needed to figure out a way to allocate the resources to push the envelope on that end. And the goal with Animaze is to have the resources to improve these things and how we layer in the blendshapes and to improve how many bones we can control. So the goal is yes, we are always looking to push the envelope.

Siliconera: Are there any plans to add accessibility tools for VStreamers (2D and 3D) that would include better facial recognition for those who have any physical disabilities?

Dragos: The challenge with motion capture is making it easy to understand. We already have so many tools related to the symmetrical parts of the face. Basically, right now, anyone can go into the settings and adjust how hard or how soft both eyes are linked together. We’ve had people, even with FaceRig, with cerebral palsy that have said that the program allows for them to communicate better. However, people need to know about all of these settings. And it is challenging because these are traditionally complex set-ups that we need to explain to people that have no experience with this kind of software. Sometimes it’s not building the feature that is challenging, but building the interface to make it understandable.

Siliconera: Will you have better tutorials available for people to better learn the functions of Animaze?

Dragos: Yes, we are working on this. We are open to teaching people how to create avatars in external softwares just so they can bring it to life in Animaze. And yes, tutorials are planned but we need feedback. It’s very easy when you understand the software to build a tutorial that is too complex. So we need feedback that can tell us to dial it down or pinpoint what users aren’t understanding.

Siliconera: A multitude of features for Animaze are locked behind a subscription based service, which can make it inaccessible to those looking to get into the VTuber scene or use an avatar as a means of self expression in other ways. Is there a chance that Animaze will reduce the number of features locked behind the subscription, or just outright sell its product at a flat price?

Dragos: Let me ask you a question – do you think $1.70 is a sum that blocks people from accessing these features? Because we’ve worked really hard to lower the price to make sure everyone can afford it. We understand that the free version has a time limit on the virtual webcam, but this is for people who want to attend a class or chat with a friend. People who are looking for ways to make money can get started with $1.70 a month, which is less than a cup of coffee. But we do need a way to pay programmers and artists to continue to build these features. This is the reason that we moved away from the model with FaceRig in order to make it more sustainable to create progressively better features.

The idea is that we want to be able to provide “Pixar in real time” and to do that we need to support a larger team. The first steps are the easiest to make, but there is a geometrical progression in the cost of each step. We learned from our past experience with FaceRig that we would always be constrained and wouldn’t be able to build the features that we wanted to build because there was not enough power to hire all of these people without the necessary capital.

One of the things about FaceRig, and people who are into VTubing don’t realize this, we tried to make this super affordable. But there were people that couldn’t afford the $15 as the upfront fee or even purchase it on Steam so there wasn’t a way for them to have access to an avatar identity. We wanted a way to provide a free version of the software, and we do think that it is fair to have the resources to pay the programmers and artists that are refining the features and content. If we couldn’t pay these people they would go to Amazon or Pixar. And we personally believe that having avatar identities should not be tied to a corporation that is selling user data or peering into their private information. We don’t get money from advertisers, so we need the software to be paid. Some of the software can be free, but not all of it.

Animaze is immediately available on PC through Steam.