In the first part of our The Centennial Case: A Shijima Story interview, we spoke to the game’s director and producer about the game’s story and mechanics. This second part focuses on the live-action portions of the game. Cinematographer and Scenario Director Yasuhito Tachibana, as well as the two main actors, Nanami Sakuraba (Haruka/Yoshino/Iyo) and Yuta Hiraoka (Eiji/Josui), spoke about working on The Centennial Case: A Shijima Story.

Annette Polis: Several of the actors and crew working on The Centennial Case are prolific in Japan’s TV and film industry. What was it like creating a live-action video game as opposed to working on a television or film set?

Yasuhito Tachibana: It was exciting to see how I could apply the experience and skills I had gained in the live-action film industry in the field of games. With the TV and film industry it is not easy to be seen around the world, and I think we gathered a group of those who wanted to work on a more global scale through the game industry.

Yuta Hiraoka: Recently, there have been games released that are fully CG and have countless endings.

Almost no CG was used for this title, and there was a real sense that the emotional aspect of the work was enhanced by the realistic conversations between the actors. Shooting multiple choice footage was a bit daunting at first, but it was very refreshing.

Nanami Sakuraba: It was a wonderful and precious experience to be able to take on a live-action game which was a new challenge for me, with a wonderful cast and staff. My heart was filled with joy and excitement when the game was completed.

The Centennial Case features actors playing multiple roles. What was the casting process like, and is there a particular character or time period that you really enjoyed bringing to life?

Tachibana: Casting proceeded with an emphasis on acting ability rather than recognition or celebrity status. I recall that we made our offers as we imagined whether the actors would feel like they belonged, especially in time periods that could go back 100 years.

It was fun to see how the actors were particular about the way they dressed, behaved, and acted in the Taisho Era 100 years ago and the Showa Era 50 years ago. Even with similar kimonos, there were different ways of wearing them 100 or 50 years ago, each of which was the standard at the time, and the actors enjoyed these differences. The way that the Showa Era hostess played by Yokoyama-san wore her kimono with her back exposed, is symbolic of such changing times.

Hiraoka: I enjoyed playing Josui. Unlike Eiji, who lives in the modern world, I could sense that he was a character who, in order to fulfill his purpose, would want to die as beautifully as cherry blossoms, and felt he had a samurai’s soul.

Sakuraba: That would be Yoshino. In addition to making deductions to solve cases, it was fun to express Yoshino’s feelings about her parent-child relationship, and I also enjoyed wearing beautiful kimonos while acting.

What kinds of challenges did the team face in shooting a live-action game during COVID-19?

Tachibana: The first step was to create an environment that would allow us to film with peace of mind and without confusion on site. Not only did we have to ensure thorough inspections, physical condition management, and on-site hygiene control, but wearing masks and face shields until right before the camera started rolling reduced the efficiency of the shoots. The burden on the staff and cast, including the mental stress, was very heavy. We also intentionally eliminated scenes that involved eating. On the other hand, morale was always high as we put our very existence on the line to create this title, and I believe this led to the high quality of this work.

Hiraoka: Covid was a very serious challenge. If even one person tested positive, the schedule would stop, the actors’ schedules might no longer match up, and this work itself could have been lost. We had a great script and project and definitely wanted to avoid that, so we took every precaution to prevent any infections.

Sakuraba: As expected, many things were different compared to pre-Covid shoots. Because we had face shields as well as thorough disinfection and ventilation, we were able to complete the shoot without anyone getting infected during the filming period.

The Centennial Case: A Shijima Story is available now for the PlayStation 4, PlayStation 5, Nintendo Switch, and PC. 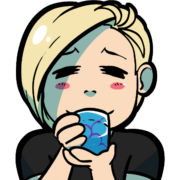