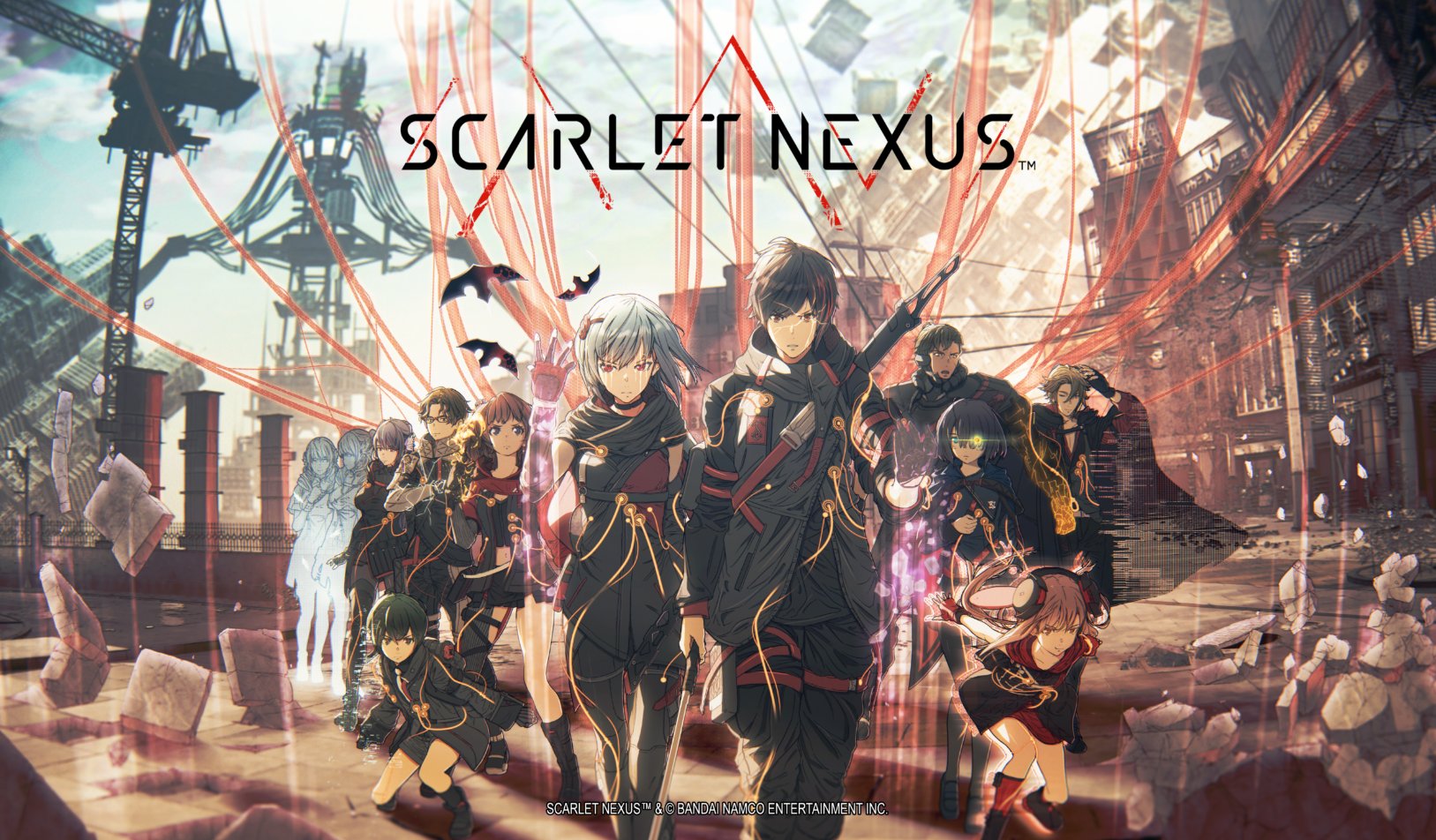 There’s a lot going on with Scarlet Nexus, what with the game’s two storylines, ensemble cast of characters, and anime adaptation. It can be a lot to take in. Especially since, to really understand it all, you might need to go through both Yuito and Kasane’s campaigns. Not to mention subsequent DLC with additional bonding episodes and extra insights. To help better understand what went into the game, Siliconera spoke with Director Kenji Anabuki about it.

Jenni Lada: How did Scarlet Nexus become a game with two protagonists?

Kenji Anabuki: At the initial stages of the project, there was the idea of a story about a teenage boy and teenage girl supporting and complementing each other. In the process of refining the idea itself, we decided to make them both the protagonists of the story. I, myself, had participated in the development of Tales of Xillia, which also had a double protagonist theme. So, you could say I have put my experience and lessons learned into the development of Scarlet Nexus.

When it comes to Kasane and Yuito, what sorts of efforts went into making two different protagonists unique, yet connected? How do you showcase this visually?

Anabuki: On the game system aspect, although both use psychokinesis, we differentiated their fighting styles. Yuito fights quickly and close to enemies, while Kasane fights from mid-range and her attacks affect a larger area.

From the character aspect, the two have completely different background stories and characteristics. However, what they have in common is that they both experience loss in the story, and even with their differences they recognize each other ultimately.

Visually we also used red strings and SAS cables to express the “connection” aspect. In terms of character design, we designed with a common theme so that all the characters, including Yuito and Kasane, have a sense of team and connection.

Which one of the Scarlet Nexus characters was created first? How did the protagonists influence the creation of the other, if they didn’t both come together at about the same time?

Anabuki: We created almost all the characters’ personalities, backgrounds, actions, and speech etc. at the same time. However, for the character 3D models, Yuito was the first character we created. This didn’t necessarily influence the creation of the others, but we had a policy for all designs to have a “near-futuristic and fashionable look”. There are specific characters who have their own themes (e.g., Ninja for Kasane and a historical Japanese Samurai’s armor for Yuito).

Each OSF member has their own unique ability. How did you decide which skills would be used? And how did characters’ powers influence their design and personality in Scarlet Nexus?

Anabuki: We selected powers that everyone might have wanted to use at least once in their lifetime, so that the players can easily imagine and experience them in-game. We then assigned a power to each member. The character designs also considered what kind of power each character had. Not only that, but the character personalities and game designs influenced how the powers were designed and balanced. On the other end, a character’s story was influenced by the powers assigned to them.

While OSF members in Scarlet Nexus have a set “uniform,” many characters still have distinct design elements. How did characters’ move sets influence their OSF costumes? For example, is there any specific example of a person where the way their attack would function in-game changed what you could do with their appearance?

Anabuki: All the characters’ designs, including their uniforms, are designed under care to reflect the motifs of the powers. For example, Hanabi’s is designed with a firefighter theme, Shiden’s is a rubber suit so that it doesn’t conduct electricity, and Kagero’s has a vampire theme.

Both Kasane and Yuito each have a balanced number of allies. Did you always know who would be on each person’s side? For example, with Kasane, it seems fairly obvious her sister would back her up. Were there any characters who almost supported someone else?

Scarlet Nexus is unique in that both the game and anime adaptation are appearing one after the other. Did the anime influence any of the characters’ designs once it was announced? And how much influence do the game’s character designs influence the anime?

Anabuki: As Scarlet Nexus started as a game project and is the original work of the IP, the production for the anime started after the game’s story had been completed. Fundamentally, the story for the game and anime are the same. There are exclusive expressions and portraits of characters, and original “Others” in the anime so players who have finished Scarlet Nexus can still fully enjoy the anime.

Scarlet Nexus is available for the PS4, PS5, Xbox One, Xbox Series X, and PC. The anime adaptation is available via Funimation.