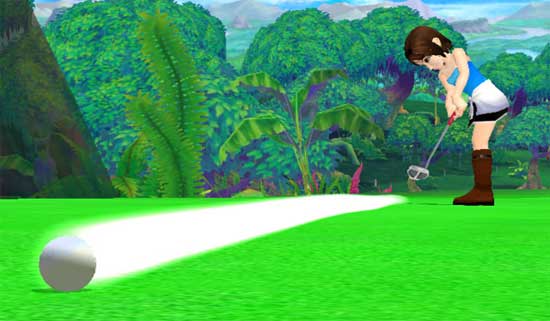 Is drawing on other franchises the secret to selling a Nintendo Wii golf game? Tecmo thought adding Dead or Alive and Ninja Gaiden costumes was a bright idea when they published Super Swing Golf. Capcom is trying a similar tactic by adding Cap-cameo costumes in We Love Golf.  Apollo Justice, Chun Li, Jill Valentine and Arthur outfits are hidden in Camelot’s Golf game. Running around a golf course as a knight and a zombie hunter is an amusing novelty. But for me Camelot’s name is more alluring because they have such a sparkling record with golf games.