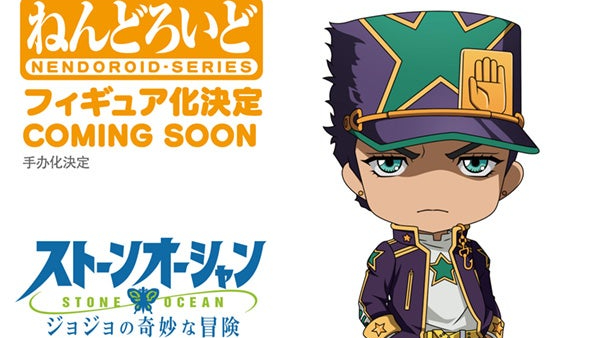 Good Smile Company revealed a new Nendoroid from JoJo’s Bizarre Adventure. This time, it’s Jotaro Kujo from the upcoming Stone Ocean anime adaptation. This is the second Stone Ocean Nendoroid to be announced, following the reveal of a Jolyne Cujoh Nendoroid earlier this year. Good Smile Company announced the Jotaro Nendoroid during WonHobby 34. It currently does not have a set release date or price.

While we didn’t get to see the actual Nendoroid, Good Smile Company shared concept artwork on which the final product is based. The image features Jotaro in his signature getup from Stone Ocean, including his new purple and turquoise jacket and snakeskin pants. 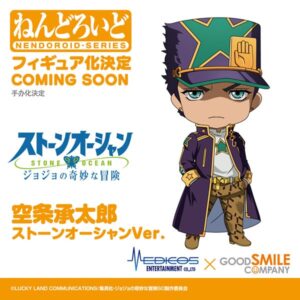 The announcement follows a similar reveal from WonHobby 33 held back in May. There, Good Smile Company announced Jolyne Cujoh, Kars, Narancia, and Fugo would also appear as Nendoroids. The official press release from the JoJo’s Bizarre Adventure portal website states that Jolyne Nendoroid pre-orders will open in January 2022. That’s just after the global release of Stone Ocean on Netflix. Good Smile Company also sells a Nendoroid of Jotaro Kujo’s appearance from Stardust Crusaders.