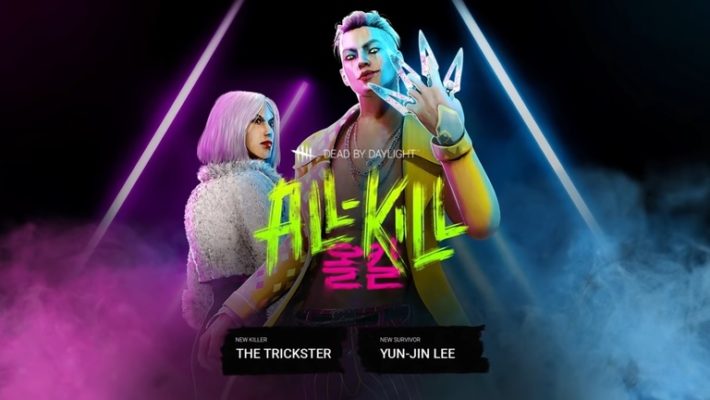 The K-pop-inspired chapter “All-Kill” and two new characters are now available in Behaviour Interactive’s Dead by Daylight. “All-Kill” is the term used for when a group manages to dominate the top spot of all eight Korean music charts, whether with a song or an album. Fittingly, K-pop and Korean culture heavily influence the new story and characters in the game.

Ji-Woon Hak, or The Trickster, is the new killer. He is a singer by day, but as soon as it’s night, he reveals his true colors as a serial killer. The Trickster treats both his music and his murders as high art. The new survivor is a character named Yun-Jin Lee, who is Ji-Woon Hak’s music producer. Though she suspected Ji-Woon Hak’s true nature, she ignored it for her own ambitions. Now, she unfortunately needs to deal with the consequences of her inaction.

You can view the trailer for All-Kill here:

To realistically represent Korean culture and K-pop in All-Kill, the team for Dead by Daylight collaborated with consultants Kevin Woo and DJ Swivel. People both familiar and new to K-pop can enjoy the eye-catching visuals and adrenaline-inducing music in All-Kill. In addition, the Seoul Sights Collection features Korean streetwear-inspired outfits for Yun-Jin and The Trickster. As well, there are outfits for Adam Francis, Feng Ming, Felix Richter, Élodie Rakoto, and Dwight Fairfield.