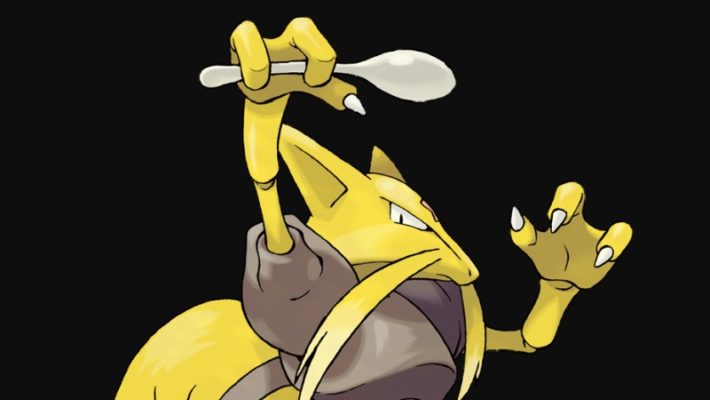 The ordeal is over. After a nearly 20-year absence, Kadabra is finally free to return to the Pokémon Trading Card Game, following an announcement by illusionist Uri Geller. In a statement posted to Twitter, Geller apologized for the lawsuit he leveled at Nintendo, and announced that he was “releasing the ban,” giving his blessing to Nintendo to return Kadabra to the game at their leisure.

I am truly sorry for what I did 20 years ago. Kids and grownups I am releasing the ban. It’s now all up to #Nintendo to bring my #kadabra #pokemon card back.
It will probably be one of the rarest cards now! Much energy and love to all!https://t.co/Rv1aJFlIKS pic.twitter.com/5zDMX5S8WA

For those not familiar with Kadabra’s circumstances in the Pokémon Trading Card Game, the first-generation psychic Pokemon last had a card in the game way back in 2003. This was the last appearance for Kadabra, following after a lawsuit was launched by Geller in 2000 over the Pokémon. Geller alleged that Nintendo had based the character on him without his approval, and requested that Kadabra be removed from the card game. Geller’s reasoning was based on Kadabra’s Japanese name “Yungerer,” which can also be written as “Yungeller,” as well as Kadabra’s psychic nature and appearance with a spoon in hand, a likely reference to Geller’s most famous trick: bending spoons with his psychic powers.

Nintendo obliged, and Kadabra effectively disappeared from the Pokémon Trading Card Game following its inclusion in the Skyridge expansion. Nintendo even reworked mechanics to exclude Kadabra: Kadabra was normally the mid-point in an evolution from Abra to Alakazam, but in future iterations Abra was given the ability to evolve directly into Alakazam. Alakazam was also reclassified as a “Basic type” Pokémon, preventing the need to evolve it from a Kadabra to deploy.

Now that’s over, though, and Nintendo is free to return Kadabra to their game if they choose. Speaking to The Gamer website, Geller mentioned that the decision to lift the ban was inspired by requests from fans “begging [him] to allow Nintendo to bring back Kadabra/Yungeller.” He then sent a letter to the “chairman of Nintendo” granting the company permission, which was picked up by Nintendo representatives. As of this writing, Nintendo has yet to respond publicly.

The Pokémon Trading Card Game is available in stores. Kadabra’s video game appearances were unaffected by the Geller lawsuit, and the Pokémon has been present in numerous Pokémon titles, including in Pokémon Sword & Shield‘s Isle of Armor expansion.