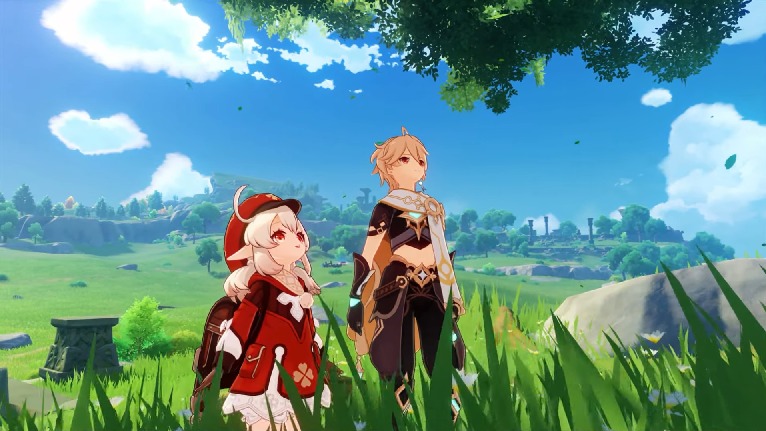 The Japanese YouTube channel for Genshin Impact has uploaded a short video in which Klee and Kaeya take the Traveler on a tour of Mondstadt and the surrounding areas in Genshin Impact. Klee and Kaeya’s Japanese voice actors voiced new lines to discuss iconic locations such as the Dawn Winery, Thousand Winds Temple, and Wolvendom.

As the video is presented from the characters of Klee and Kaeya, there are some fun tidbits about their personalities. For example, when Klee talks about Thousand Winds Temple, she mentions that Lisa told her about it. However, when she was about to call Lisa “Lisa-obasan,” she quickly corrects herself and calls her “Lisa-oneesan” instead.

In addition, other Mondstadt characters such as Diluc, Eula, and Rosaria make cameo appearances. However, only Klee and Kaeya speak during the tour. Misaki Kuno (Hawk in Seven Deadly Sins, Sophia in Persona 5: Strikers) voices Klee and Kousuke Toriumi (Yuri Lowell in Tales of Vesperia, Mikazuki Munechika in Touken Ranbu) voices Kaeya.

Currently, only the Japanese version of Genshin Impact has the Mondstadt tour, or any region tour video, for that matter. It is unknown if miHoYo plans on releasing a tourism video for Liyue in the future. The latest video on the YouTube channel for the English version of Genshin Impact is the character demo for Kazuha. Kazuha and the new Archon Quest will debut on June 29, 2021.

Genshin Impact is readily available on the PlayStation 4, PlayStation 5, Windows PC, and mobile devices. A Nintendo Switch version is in development.