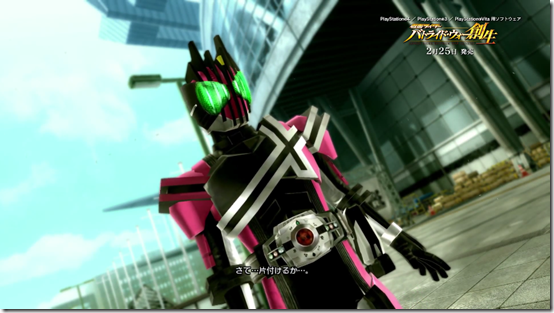 We previously got a look at Bandai Namco’s trailer featuring Kamen Rider: Battride War Genesis’ Heisei era Riders from 2000 to 2006, and the latest trailer shows Riders from 2006 to 2009.

Kamen Rider: Battride War Genesis will release in Japan on February 25, 2016 for PlayStation 4, PlayStation 3, and PlayStation Vita. You can also check out our earlier report for a look at Riders from the Show era with heroes that appeared in the series from 1971 to 1989.