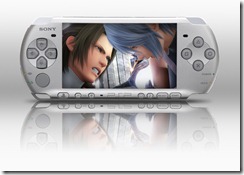 Kingdom Hearts: Birth by Sleep is less than four months away. Square Enix set September 7 as the game’s release date in North America. Three days later, Europe gets the game on September 10.

“We hate to keep fans waiting, but we’ve added some brand-new features for the North American version, so even those who have been following the Japanese version are sure to find a few surprises,” said Tetsuya Nomura, the Director of Kingdom Hearts: Birth by Sleep. The prequel to Sora’s story made its debut in Japan this past January. New features for the North American release include more multiplayer options, an additional boss, and “Crown Stickers” a reward system where you earn prizes by putting stickers into an album.

Additionally, the game will also be available bundled with the mystic silver PSP in North America. The as of now Gamestop-exclusive Entertainment Pack will include Kingdom Hearts: Birth by Sleep, a PSP, a 4GB memory stick, and a movie. Sony are keeping what movie it is under wraps for now though.