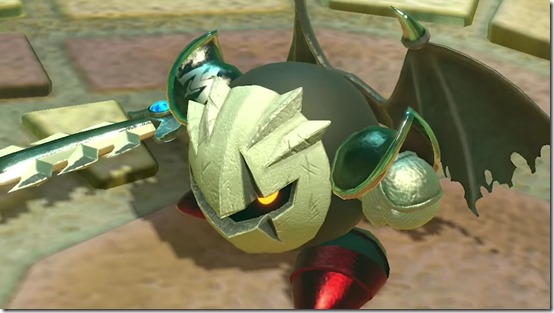 Kirby: Star Allies is adding three new Dream Friends in the summer update next week, including the mighty Dark Meta Knight who just got an awesome trailer that has him battle Meta Knight.

Dark Meta Knight first appeared in the 2004 Game Boy Advance title, Kirby & the Amazing Mirror, appearing as a dark copy of Meta Knight. He’s been a recurring villain since then but will help Kirby this time as a new Dream Friend alongside Daroach and Adeleine & Ribbon.

Kirby: Star Allies is available for the Nintendo Switch. The summer update launches on July 27, 2018.