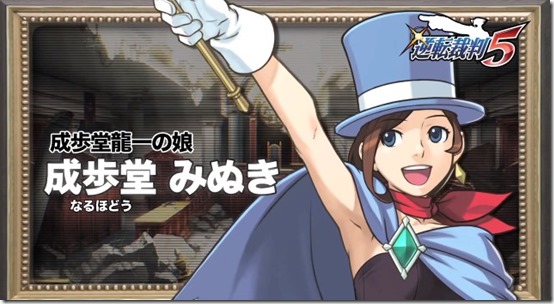 In the previous episode of Capcom’s character introduction video series, we got a look at how Apollo Justice will be returning as a more mature man in Ace Attorney: Dual Destinies. The fourth episode features two returning Apollo Justice: Ace Attorney characters in the Wright Anything Agency’s magician, Trucy Wright, and the rock star prosecutor Klavier Gavin.

Trucy Wright, the adopted child of Phoenix Wright, originally made her debut in Apollo Justice: Ace Attorney, as a talented magician who held performances to make money. In Ace Attorney: Dual Destinies, she’ll be spending a lot of time at the Wright Anything Agency, where she’ll be waiting to talk to you in between cases.

Scenario director Takeshi Yamazaki also mentions that although he can’t share too much for now, she’ll have a bigger role in the game and will have her own scenario, where she will be seen participating in the action. 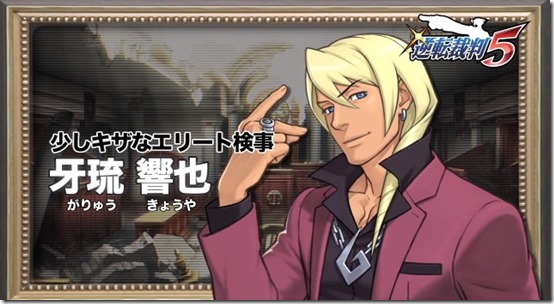 Those of you who’ve played Apollo Justice: Ace Attorney may also remember Apollo’s rival, Klavier Gavin, and his signature air guitar gestures. The cool, smug prosecutor will be returning once again in Ace Attorney: Dual Destinies, where he’ll be seen in another rocking match-up against Apollo in court.

Klavier, who displayed a plethora of expressive animations in his debut game won’t be changing in the upcoming installment. Capcom have made it their goal to keep him true to his usual self, and have even arranged special animations focusing on the 3D features, which Yamazaki feels is perfectly fitting for his character.