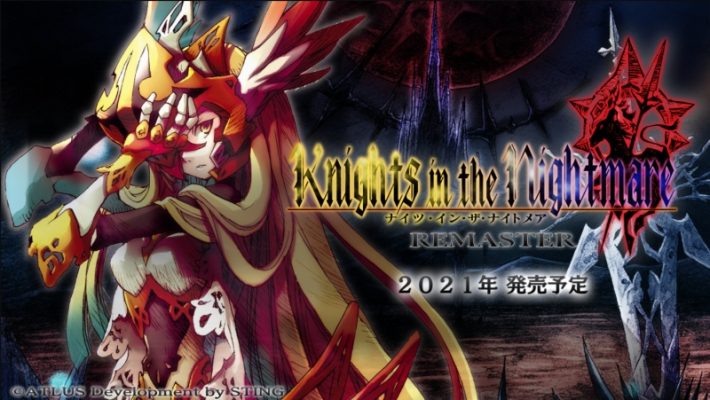 Sting will remaster its JRPG-shoot-’em-up hybrid Knights in the Nightmare for the Switch and mobile devices. It was originally released in 2008 for the Nintendo DS and ported to the PlayStation Portable in 2010. The game will appear on the Switch and mobile devices within 2021 in Japan. The announcement was delivered via Sting’s official Twitter account. Other than the initial announcement, its targeted platforms, and expected release window, no other information is available.

Knights in the Nightmare is notable for its uncommon fusion of shooting game mechanics with a tactical JRPG. In its original Nintendo DS incarnation, players could use the stylus to maneuver a wisp–the player character–around the screen. The wisp could awaken units around the battlefield, which then activated to attack enemies. Players also needed to move the wisp to avoid bullet hell-style attacks.

The game is also part of Sting’s Dept. Heaven series. Dept. Heaven is the umbrella name for a set of games developed under Sting Product Team A. They included 2004’s Riviera: The Promised Land and Yggdra Union: We’ll Never Fight Alone on the Game Boy Advance and Gungnir on the PSP. The existing Dept. Heaven games would all receive PSP releases. There are also spin-offs like Blaze Union and Gloria Union.

Knights in the Nightmare Remaster is in development and will release in Japan on the Switch and mobile devices in 2021. Yggdra Union was also announced for Switch in February 2020.