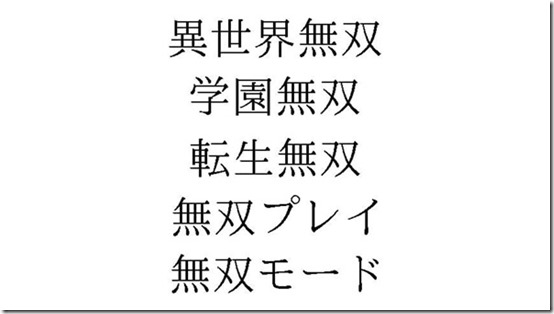 Koei Tecmo just filed a bunch of Musou series-related trademarks in Japan that include an “Isekai Musou” and others that don’t seem to be directly related to any titles that we know of. [Thanks, Gematsu.]

The five trademarks are the following:

The first title is basically Other World Warriors then Academy Warriors so your guess is as good as ours. As for Tensei Warriors, while it is the same word for “Reincarnation” used for the Shin Megami Tensei series, we would’ve seen the trademark filed by Atlus, if that were the case.

It was also revealed that Happinet has trademarked Brigandine: Lunasia Senki, or Record of Lunasia War, so it seems like Brigandine the PlayStation strategy RPG that released in April 1998 could be making a return of some sort. An official website was also discovered.