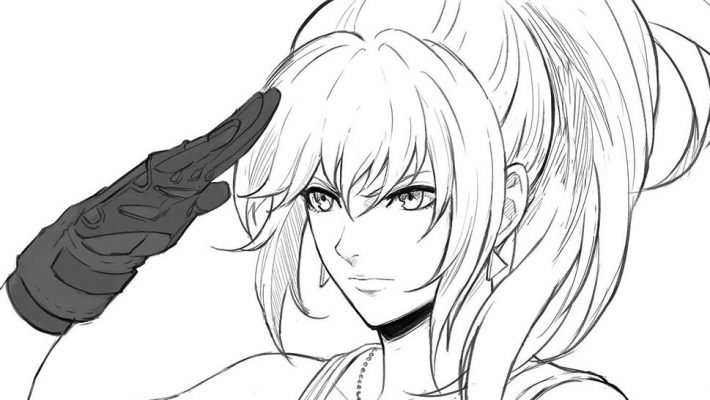 We haven’t heard too much about The King of Fighters XV’s possible storylines. However, new information from Character Designer Tomohiro Nakata implied something could be up for one person. The KOF XV Leona concept art commentary mentioned she has “a very important mission” this time around.

Here’s the official tweet showcasing the KOF XV Leona concept art sketch. It also brings up her heritage and how that influences her abilities in-game.

The character designer for LEONA HEIDERN goes a bit in-depth on his design process!

As a refresher, Leona is Heidern’s adopted daughter. She’s an amnesiac member of the Ikari Warriors. When she debuted in The King of Fighters 96, it was to work alongside Ralf and Clark to follow Geese Howard. In entries where she appears, she tends to work alongside her two allies.

When it comes to KOF XV’s overall story, we don’t know too much yet. However, SNK did clarify that Shun’ei is the hero and primary protagonist for this installment. He appears on Team Hero with Benimaru and Meitenkun.

The King of Fighters XV will debut in 2021. SNK still hasn’t mentioned which platforms it will appear on when it launches. The KOF XV Leona trailer debuted on May 12, 2021.