Over the weekend, Konami announced that the company is beginning a new eSports products brand known as Arespear. Upcoming Arespear products include three desktop computers, two gaming keyboards, and one gaming headset. [Thanks, 4Gamer!]

Arespear is being created in line with Konami’s goals to support the growth of eSports. At Tokyo Game Show 2019, the company announced that they were going to begin developing gaming PCs and peripherals, and these are the end products of that mission. 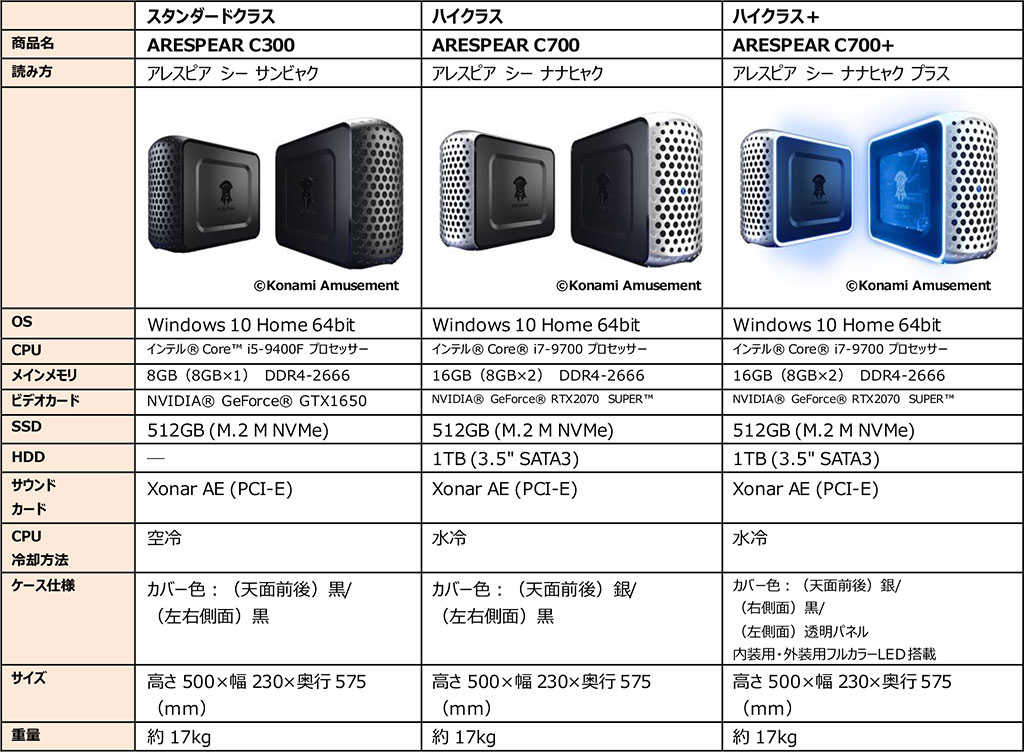 The desktop computers all have the same basic look, but have different specs. The standard Arespear C300 uses an Intel Core i5-9400 processor and Nvidia GeForce GTX1650, while the Arespear C700 and C700+ will use the Core i7-9700 processor and GeForce RTX2070 Super. Interestingly, the sound cards used are ASUSTeK Computer’s Xonar AE. 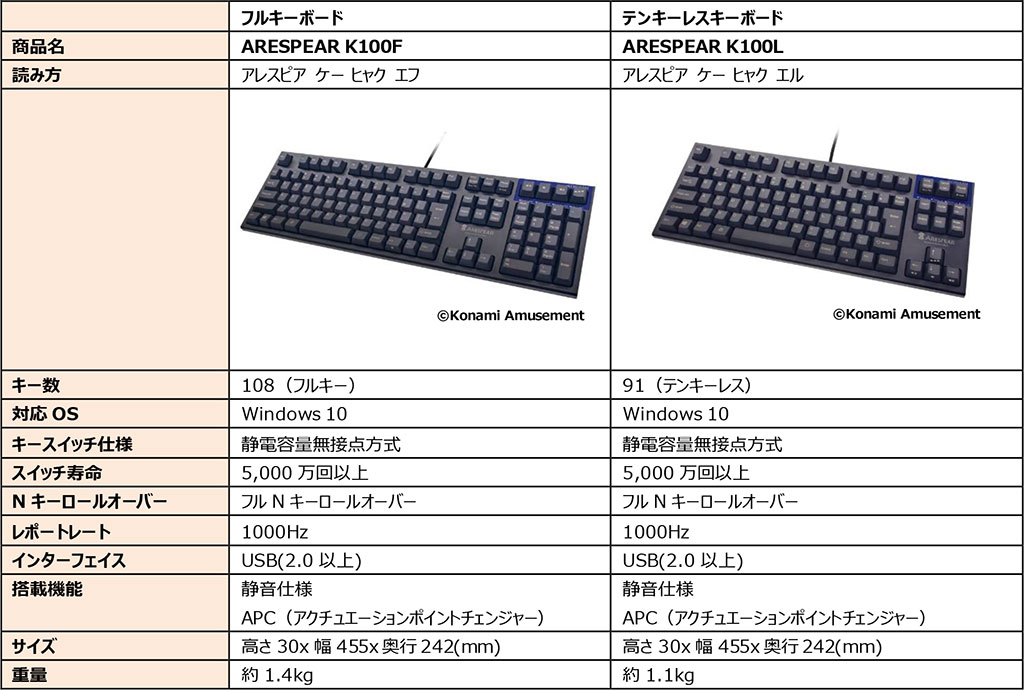 Meanwhile, the keyboards will be released in K100F and K100L types, with the main difference being that one is a full keyboard, while the other is a Tenkeyless. 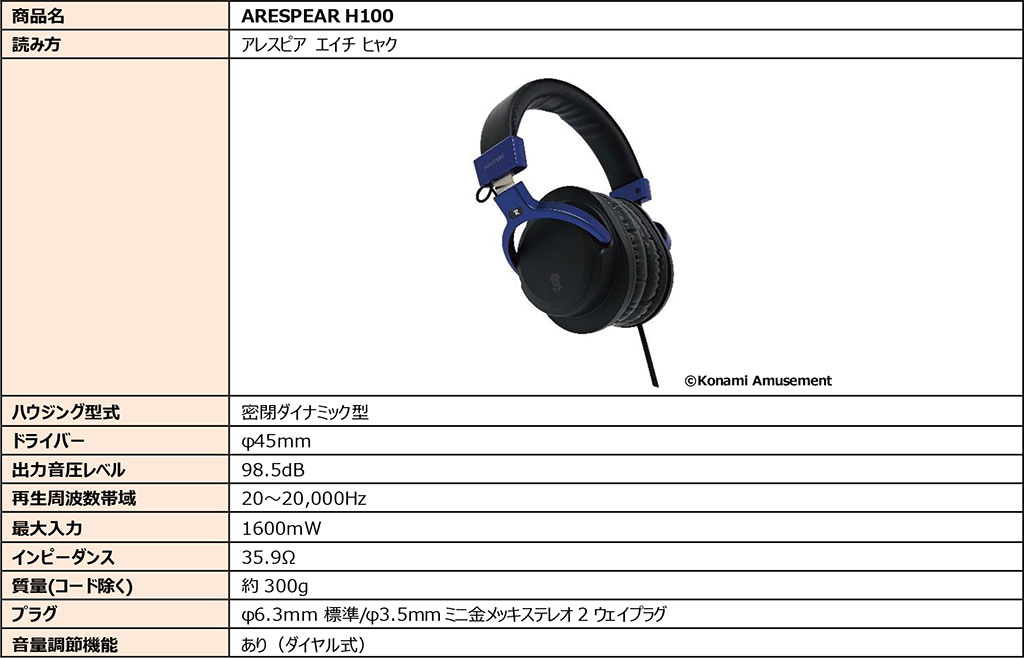 Currently, release dates and pricing details have not been revealed for the Arespear brand products.

Konami has, in recent years, made efforts to support the growing eSports scene in Japan, including opening a dedicated eSports center with lessons and facilities in Ginza, Tokyo. Their popular Pro Evolution Soccer series of soccer games are also one of the main titles supported by the Japan eSports Union.