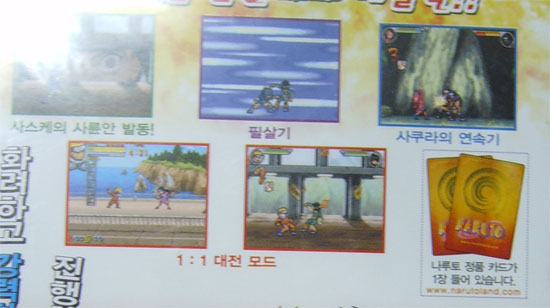 While the Nintendo DS is popular in Korea, the Game Boy Advance was never officially released there. However, the PC is king and there are plenty of available emulators available that can play GBA games. Perhaps, one publisher (pirate?) saw an opportunity here because a store in one of the electronics malls in Yongsan had a Naruto “PC game” that is actually a disc with ROMs of Naruto: Ninja Council 1 and 2.

You’re probably thinking this is some pirated game and it very well might be. That was the first thought in my mind too, but this story would be much more interesting if it was an official GBA emulator/Naruto ROM package. Also if this was a pirate disc I imagine it would be packed with many more ROMs, but this just has Naruto. The possibility that this is an official isn’t too hard to swallow considering that the GBA was never launched in Korea. If I were a publisher of a game that needed little localization and already had brand awareness, sticking it on a disc with an emulator is a no brainer way to capitalize on it. 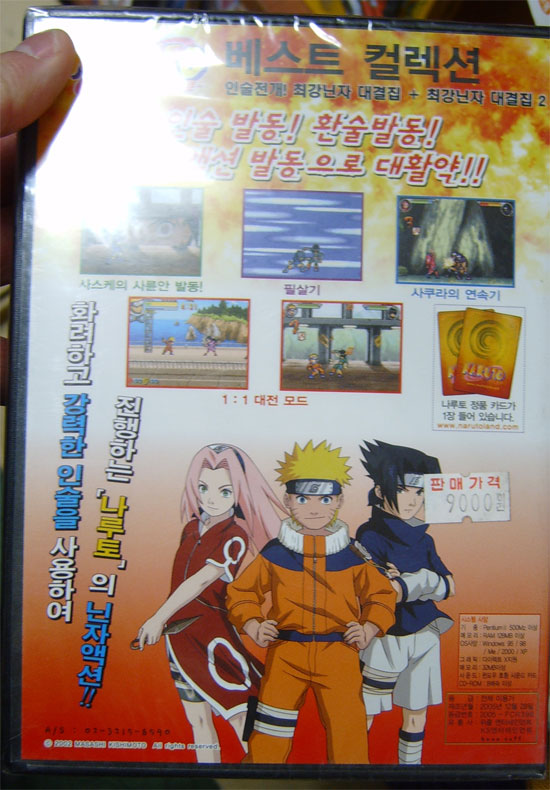