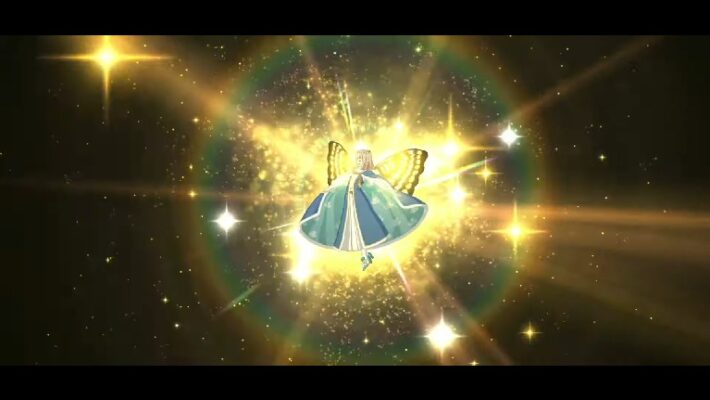 A key Servant from Fate/Grand Order Lostbelt 6 Part 2 is now available to pull from the gacha under a new class. As this is content exclusive to the Japanese server of Fate/Grand Order, this article will contain spoilers. The king of the fairies, Oberon, can appear in Chaldea as a Pretender. Players have until August 25, 2021 to try for Oberon. After that, he will not appear in the permanent banner.

Oberon’s first two skills focus on charging the party’s NP gauge, as well as increasing Noble Phantasm damage. His second skill comes with the demerit of reducing their NP gauge by 20% after a turn, which means that the Servant will need to use their Noble Phantasm immediately after Oberon’s skill. Oberon also has a passive skill that raises a party’s debuff success rate, but reduces buff success rate. The buff reduction only activates for Merlin though, so other support characters are unaffected.

His Noble Phantasm is a Buster attack that deals damage to all enemies, as well as removes offensive buffs. It can put them to sleep, but it will also make enemies invincible for a turn. Though Jeanne d’Arc’s Noble Phantasm originally stunned her after she used it, Masters can remove this debuff through a strengthening quest. Since Oberon is new to Fate/Grand Order, players will have to simply work around it.

The Pretender class deals extra damage against Alter Ego Servants, as well as Servants from the Three Knights classes. As a reminder, the Three Knights are Saber, Lancer, and Archer. In addition, Pretender is weak to Foreigner. Pretenders also deal less damage to the Four Cavalry classes.

Fate/Grand Order is readily available on mobile devices worldwide. The new Pretender Servant, Oberon, is only on the Japanese Fate/Grand Order server, however. He will remain in the gacha until August 25, 2021, along with other Arthurian Servants. After this date, he will not appear until they re-run him.