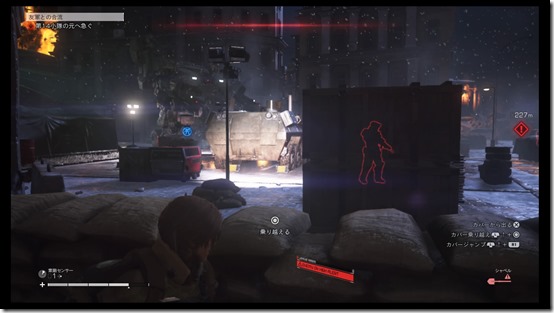 In a launch interview, Left Alive director Toshifumi Nabeshima talked about how the concept of Left Alive was derived from the concepts of Front Mission. [Thanks, 4Gamer!]

Nabeshima-san, how did you envision Front Mission as you were developing this game?

So just like the rest of the series, you depict humans struggling in the war, then.

Nabeshima: “Although it was viewed in the lens of a robot game, one of the series’ characteristics is the heavy focus on the worldbuilding, story, and characters. I wanted to make that an important focus. Within that aspect, when I thought what sort of side to the war should be depicted, we came up with the theme of ‘survival’.

And so you’re saying, because you wanted to depict survival, controlling humans rather than giving orders to Wanzers would be more appropriate?

Nabeshima: “That’s right. Because having your own Wanzer doesn’t really lend any room for the theme of survival. We did consider making it a simulation game, but I’ve always made action games, and wanted to play to my strengths. And the result of this is the survival action game Left Alive, where we see humans struggling in the war.”

Why wasn’t Front Mission added to the title?

Nabeshima: “We did consider it a lot, but as it would make players think it was a simulation game like the other games in the series, we ended up not using it.

It was rough sailing deciding the title of the game, as I’m not very good at it. Overseas staff proposed ‘Alive’, and from that we decided the title, Left Alive. You’re not just living, something else is letting you live. The nuance that you’ve been abandoned while still alive fits the game perfectly.”

Finally, here is the launch trailer for the game in Japan below:

Left Alive is available today in Japan, and releases in North America and Europe on March 5, 2019 for PlayStation 4 and PC.