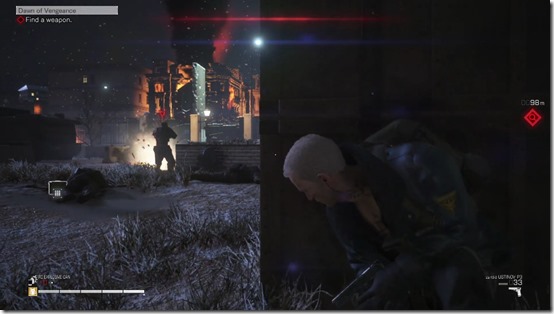 Square Enix shared a lengthy gameplay video for its upcoming third-person shooter, Left Alive, that takes through the warzone of the war-torn city, Novo Slava, with plenty of stealth action scenes.

The video shows us the war-torn city of Novo Slava, where players will be required to use their skills to overcome overwhelming enemy forces. In the video we get to see the motivations of each of the three main characters in different situations.

By sneaking your way around the environment, you can also use crafted traps to further avoid confrontation. If sneaking isn’t your style, you can face enemies head-on using powerful weaponry, known as Wanzers. Players will be required to use every option available in order to find the best route to survival.

Here are some impressions from this week’s issue of Famitsu magazine on the game [Thanks, Hokanko-Alt]:

Left Alive releases for PlayStation 4 in Japan on February 28, 2019. It releases in North America and Europe on March 5, 2019 for PlayStation 4 and PC. Check our previous report to hear more from Metal Gear Solid artist Yoji Shinkawa who is working on Left Alive.