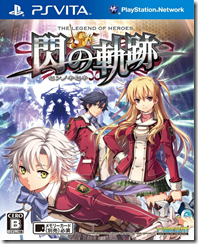 Falcom is making Legend of the Heroes: Trails in the Flash for PlayStation Vita and PlayStation 3. While the game doesn’t support Cross Buy (meaning you get the Vita and PS3 versions for one price), one DLC purchase will work with both versions of the game. So, you only need to purchase DLC once and even the product code included with launch copies will unlock content on PS3 and Vita as long as you’re using the same Sony Entertainment Network account.

What’s different? Content-wise, Falcom says Trails in the Flash will be the same game on PS3 and Vita. The only difference is the Vita release has certain parts where you control the game using the touch screen.

The Legend of Heroes: Trails in the Flash comes out on September 26 in Japan.