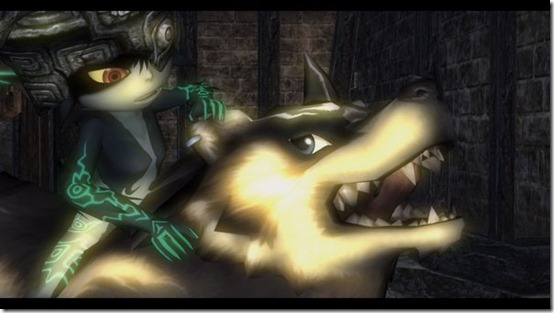 With The Legend of Zelda: Twilight Princess HD, people are getting an opportunity to re-experience one of the series’ dark entries again, this time with a few tweaks to make everything more welcoming. It’s prettier, for sure, but improved visuals aren’t the real focus of the HD remaster. It’s more about helping people get through more minor and distracting tasks so they can get back to what’s important – playing the game.

The biggest and best of which is based upon the Nintendo Wii U’s most unique feature, the GamePad. You don’t realize how much time you spend looking at maps and menus in a The Legend of Zelda game until one gives you the option to not stop everything so you can. Early on, this doesn’t make much of a difference. It isn’t like the Forest Temple is too challenging in the scheme of things. The further you get in the The Legend of Zelda: Twilight Princess HD, the more important it gets. It’s minor, but it is a time saving measure. It will vary from person to person, but it has made a pretty big difference for me. There’s a convenience to having a full map ahead of you. It helps you think things through in a way a minimap can’t. 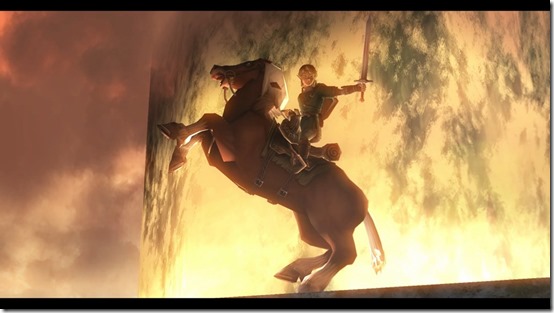 To be honest, everything about the Nintendo Wii U GamePad in The Legend of Zelda: Twilight Princess HD is rather wonderful. My favorite part is off-screen play, which may seem silly. There’s something comforting about having something as reassuring as a Legend of Zelda everywhere. The game doesn’t automatically tell you how to pull it off, like Xenoblade Chronicles X did, but pressing the “-“ button switches everything to the lower screen. Again, it helps make gameplay more conducive, giving you more time with it than you might normally get. It’s handy.

Certainly handier than the Ghost Lantern, what theoretically could have been one of The Legend of Zelda: Twilight Princess HD’s best additions. It’s an item that helps you find Poe Souls. Getting all those ghosts was trying in the first game, since you’d only have a number on the map showing how many were in each region, but not get an exact number. You could only find and collect them in-game at night. The Ghost Lantern now lets you expose these Poe Souls during the day, making it easier to find them during the night. 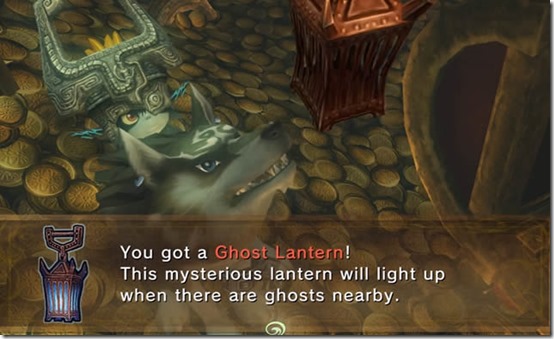 Which is the Ghost Lantern’s failing. Jovani gives it to you after you turn in 20 of the 60 Poe Souls, at the same time as a bottle of Great Fairy Tears. You’ve already found a third of them by the time you can make use of it. Then, when it is there, it doesn’t offer you the ease you’d expect. Certainly, it helps you pin down Poe Soul locations. Especially if you’re going by some vague guide online, where you have an idea of where one is, but might not know specifics. Sadly, it doesn’t help with the actual acquisition. It still has to be night to battle one, and that means you have to wait for time to pass in The Legend of Zelda: Twilight Princess HD again. It helps, but you’re still stuck waiting for the chance to carry everything out. It doesn’t speed things up as much as you’d hope.

Fortunately, the Tears of Light quests do make things go faster. When you know a dungeon is nearby, you want to quickly clear an area and restore a spirit so Link can get on with his quest. His wolf form is cool, but it’s always best to have the freedom to be a human with the option to transform into a wolf with a touch of the GamePad. While it is only 4 fewer Tears of Light in each area, it matters. There’s less hunting, going through what feels like busy work so you can get back to what really matters. It feels like it really centers your focus. Restoring Faron, Eldin, and Lanaryu is important. Certainly, it seems like 4 tears doesn’t make a big difference. In action, it does. 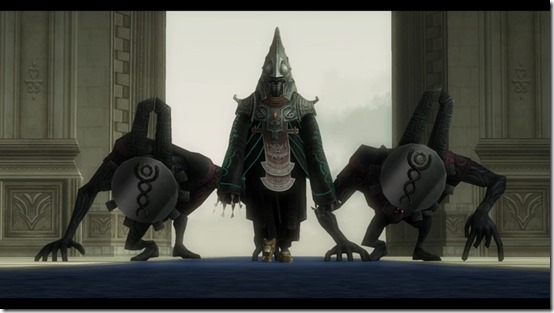 You can spend a lot of time trying to get through The Legend of Zelda: Twilight Princess HD. I haven’t collected all the Poe Souls or beaten the Cave of Shadows or Cave or Ordeals, and I’ve already spent 35 hours on the game. I could see that jumping up at least another 10 hours, if I decide to do everything. Spending less time anxiously checking a map, getting spirits restored so Link can continue on epic quests, and pinning down locations for Poe Souls really helps. Yes, the Ghost Lantern could have been better, but the other updates make up for it not giving you more immediate access to Poe Souls.

The Legend of Zelda: Twilight Princess HD will come to the Nintendo Wii U on March 4, 2016.