In past Final Fantasy titles, the Cure spell has always been a magic or ability that recovers health in exchange for a short amount of MP. In Lightning Returns: Final Fantasy XIII, Cure and other spells will be a little different than before. 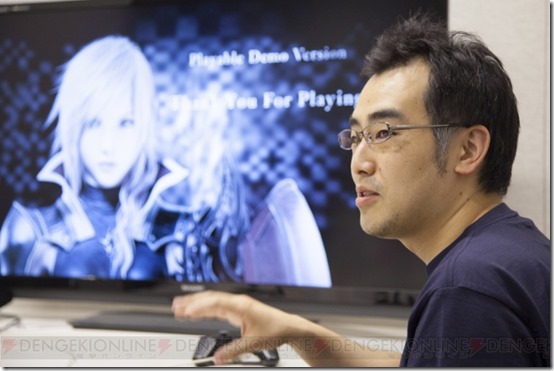 “In this game, Cure isn’t a regular ability, but a part of the GP effects. It will require the use of GP in order to heal yourself,” design director Yuji Abe tells Dengeki Online.

As previously detailed, GP in Lightning Returns stands for “Glory Points”. Abe describes GP as “convenience points,” which allow you to do various things like teleporting to specific areas on the field or stopping time in the game. And now, it’s also used to heal yourself when you’re hurting.

“It will also include Raise, which is used whenever you get knocked out,” Abe continues. “So, this time around, in order to heal yourself, you’ll either have to use GP or items such as potions. There will be different situations where you might have to consider saving your GP for stopping time instead of healing.”

“You’ll gain GP at the end of battles, so to a degree, you’ll be able to go around fighting to recover your health. Stronger enemies will give you more GP, so it might be a good idea to take on a stronger enemy to cast a Curaga when your HP is looking low. Command-based battle systems allow you to use them as much as you’d like, but this time it may feel a little more restricted.”

In Lightning Returns, the general flow of the game will start your day out in the ark where Hope is located. By 6 a.m. you’ll be forced back to the ark, where you’ll get to give your accumulated Radiant Points to the Tree of Life, in order to prolong the planet’s life span. The Radiant Points can be acquired by completing quests. Some quests will give you more and others, less. You’ll be able to expand the planet’s life through the tree by up to 13 days at a time. 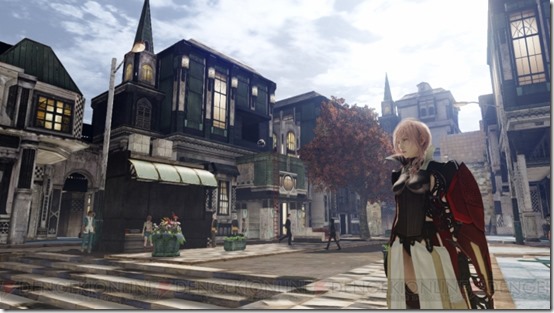 Finally, Abe concludes with the following message for fans regarding the final adjustment stage of the game’s development:

“This time around, weapons and equipment will be a crucial element, so we are currently adjusting their parameters and values. We’re thinking about topics such as how to make players purchase and change (weapons and equipment) more frequently, and about the balance of abilities, which we’re constantly adjusting. We’ve been going back and forth in order to not have things appear too boring or too flashy. We’re doing our best to adjust it so it can correspond to various play styles, so please look forward to it.”

Lightning Returns: Final Fantasy XIII will be available in North America on February 11th, 2014, and in Europe on February 14th, 2014.