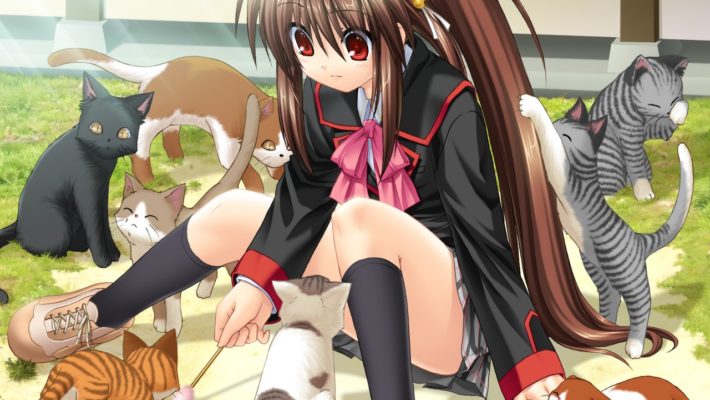 Another one of Key’s visual novels is making the jump to the the Nintendo Switch sooner than people might think. Little Busters! Converted Edition will make its debut in Japan on April 23, 2020. As revealed earlier, people can play through it entirely in Japanese or English. It will cost ¥6,050 ($67).  [Thanks, Japanese Nintendo!]

This won’t be the first time Little Busters! has appeared in English. Back in November 2017, the visual novel made its PC outside of Japan. (It costs $34.99 for a copy.) Like the other Converted Edition releases, this has an extra event, higher resolution images, the same PlayStation Vita touchscreen support for minigames.

In Little Busters!, players follow Riki and his high school friends who he has grown up with and helped him cope with his parents’ deaths. As the game begins, the Little Busters group expands as five more girls join the group. Thus begins a life spent getting to know these new potential love interests and enjoying adventures with friends… though the world they all inhabit does have quite a big secret.

Little Busters! is immediately available on the PlayStation 2, PlayStation 3, PlayStation Portable, and PlayStation Vita in Japan and PC worldwide. It will arrive on the Nintendo Switch in Japan on April 23, 2020. There are also multiple anime and manga adaptations of its story.