Each day in Love Language Japanese Year 1 Gentlemen Edition, a player will take part in a Japanese language lesson at the beginning of the day and interact with their classmates every afternoon. Each Saturday in-game, there will be a minigame test to go over the concepts and lessons you have learned the previous week. In addition to the educational trimester, there will also be an overarching storyline and events for each character. 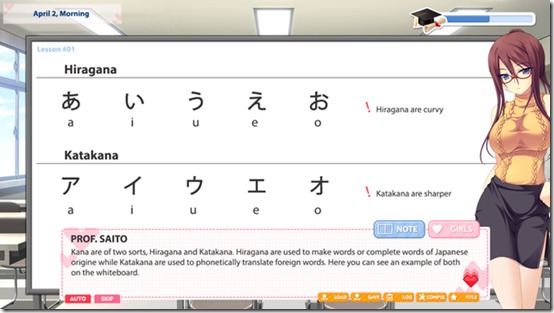 Love Language Japanese Year 1 Gentlemen Edition has a tentative Q1 2016 release window for Windows and Macs. It is immediately on Steam Greenlight, and a Kickstarter is planned to possibly add voice acting and additional characters.