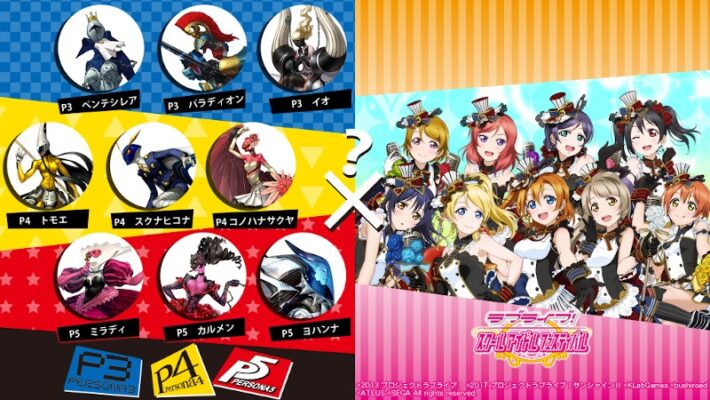 KLab published a teaser for the upcoming collaboration content from Atlus’ Persona series coming to the mobile game Love Live! School Idol Festival. This collaboration will have all nine members of μ’s each receive a costume based on Personas used by prominent female party members in Persona 3, 4, and 5.

However, as of this writing, KLab has yet to specify which costume will exactly go to which character. It will provide more details about that subject at a later time through the game’s Japanese Twitter account.

Here’s the list of Personas whose costumes will be applied to members of μ’s in Love Live! School Idol Festival:

In May 2021, KLab held a poll to determine the poster girl for this collaboration. Eli Ayase won the poll, and she will become the primary character in this event.

This collaboration will happen on the mobile game Love Live! School Idol Festival, which is immediately available on Android and iOS devices. While Square Enix has launched a PlayStation 4 version of the game, this collaboration content has not been confirmed as coming to the console version.