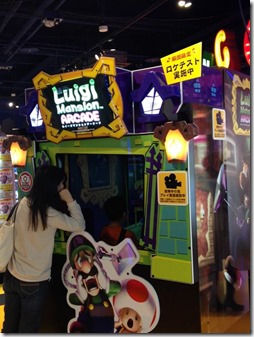 Capcom are working on a Luigi’s Mansion arcade game, which recently ended its location test over the weekend. [Thanks, @P0121Karma via Game Jouhou.] 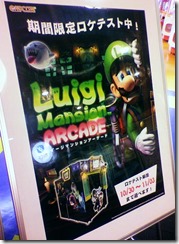 While details are light at the moment, the above image indicates that the arcade game is being made by Capcom. The location test took place from October 30 through November 3.

This wouldn’t be the first time Capcom made an arcade game, as they’ve also did Super Mario Fushigi no Korokoro Party, a medal game based on the Mario Party games. An official announcement for the Luigi’s Mansion arcade game is expected to be made soon.