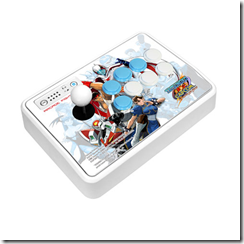 Looking for an arcade stick to play Tatsunoko vs. Capcom with? Madcatz has one that plugs into a Wii remote. The eight button arcade style stick has multi-speed turbo and a “Japanese style joystick.” It works with Tatsunoko vs. Capcom, other Wii fighting games, and virtual console titles. Finally, something to use with all of those SNK Virtual Console games.

Not sure if this is the “big announcement” Capcom Producer Ryota Niitsuma was talking about since this was shown last year. The stick will ship with Tatsunoko vs. Capcom in January and retail for $79.99. 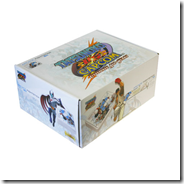