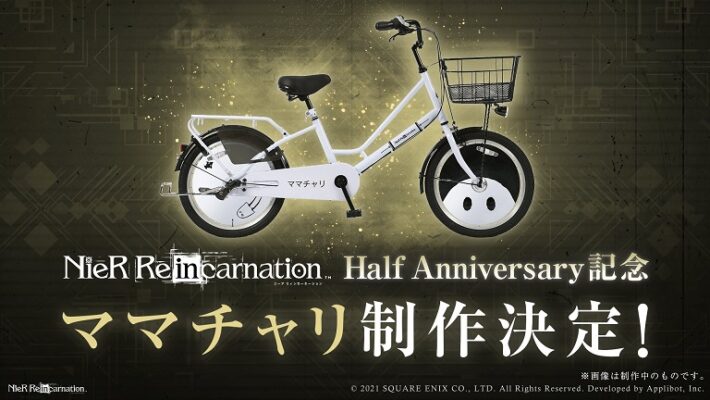 In February 2021, NieR: Reincarnation launched on mobile devices in Japan. In commemoration of the game’s half-anniversary, Square Enix will release a bicycle. More information on prices and release date will appear in the future. The bike will have a picture of Mama on the wheel, and is white and black to go with the general color scheme of NieR: Reincarnation.

Though NieR: Reincarnation went live in February, the rest of the world started to play it at the end of July. The Sunset Swimwear Premium Summon banner is currently available in the game. Players can attempt to pull swimsuit versions of Rion, Fio, and Akeha until September 1, 2021. There is also a new character, Griff, who appeared when Chapter 10 of the main story went live earlier this week. Previous merchandise featuring Mama includes a plush doll of her.